This Woman Is Dropping Serious Beats On The Beatboxing World 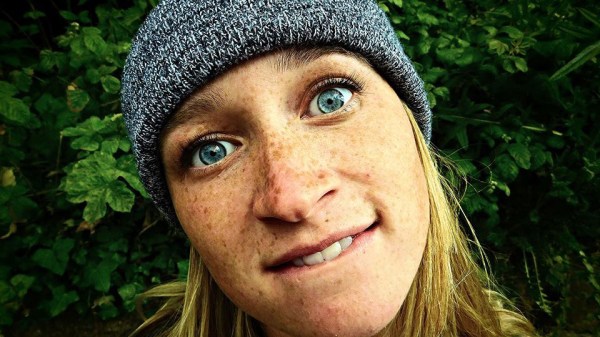 Kaila Mullady started beatboxing before she even knew what it was.

The 2015 World Beatbox Champion says that, as a child, she used to chop up and repeat snippets of pop songs, despite her family being annoyed.

“I would just hear music and copy pieces of it back,” she said. “Stuff like the Backstreet Boys.”

In speaking with her, it’s easy to see how the 23-year-old Long Island native naturally fell into beatboxing. She speaks in a rapid-fire and self-assured legato, responding quickly without so much as a pause or stammer. In short, she speaks like someone with absolute control of her instrument.

Despite hailing from New York City, the spiritual home of “boots and cats,” she wasn’t aware that her childhood hobby had a name until a friend pointed it out to her in the fifth grade.

Mullady was compelled to look up other beatboxers, but felt like the videos of beatboxing pros were transmissions from another world.

“I thought those guys were aliens,” Mullady said. “The sounds they were making, it seemed like they came from a different planet.”

Perhaps it was backing into beatboxing, without coming up immersed in the canon, that led to the unorthodox style of performance that Mullady excels at now. Mullady’s palette extends beyond the traditional percussive noises and bass notes, incorporating poetry, theater, and narrative into her performances to make something wholly unique.

But Mullady’s story isn’t one entirely of pre-destiny. She got a more literal break (of sorts) back in the day when she was working predominantly in the theater, when she broke her back and could no longer perform. During her recuperation period, a beatboxing mentor by the name of Kid Lucky introduced her to “beat-rhyming,” a style of beatboxing that includes snippets of melody and spoken word. This changed things for her.

Where beatboxing is all speed, technicality and aggression with the goal of blowing the audience away, beat-rhyming provides sung snatches of melody that stick in the audience’s head, a life preserver to grab in a sea of b’s, t’s and k’s.

She cottoned to it immediately and expanded on it, bringing her theater background into the mix. Her performances went over well with audiences and earned her several world titles. Still, her chosen lane led to a bit of flack from beatbox purists who prize technical ability over showmanship. Luckily, Mullady has the skills to shut them up, racking up wins at beatbox battles and competitions in what is still a largely male scene.

While Mullady says that representation in the beatboxing scene is getting better, she still feels the pressure to represent her entire gender and “put the woman world on her back.”

“You’re kind of forced to. When a man does poorly, they don’t say, ‘All guys suck at beatboxing,’” she noted, before explaining the good that diversity in the scene brings.

“Women beatboxers are opening us to a whole new sound. I can’t make some of the low sounds [that men can], but I can definitely go higher than them. It’s expanding our palette,” she said.

Now at the top of the beatboxing world, Mullady’s life is the mirror opposite of her oblivious youth. Kaila is completely immersed in beatboxing and musical creation in every aspect of her life. She lives with a collective that, in no small part, is returning the U.S. scene to its former glory.

“America was considered the worst for quite a while,” she said. “But now there’s this new generation of performers who came in wide-eyed, bushy-tailed, and not afraid to do something different.”

Dubbed “The Beatbox House,” the collective is equally a group of some of America’s best beatboxers who push each other to compete at the highest level and an actual house in Brooklyn. When she’s not performing shows or working with the hip-hop improv troupe North Coast, Mullady is knowingly surrounded by next-level beatboxers.

That talent means nothing in a bubble, however. So, Mullady teaches a program that takes beatboxing out of the competitive world and into the classroom. She co-created a speech therapy class that teaches autistic and blind children through the non-profit BEAT NYC program. Mullady came up with the idea while trying to figure out a way to get her non-verbal cousin to work on his speech assignments.

“Beatboxing is based on BTK. It’s just letters,” she said. “So we use those letters to build speech skills.”

Mullady illustrates this, sharing a story about a student who couldn’t say the word “chicken.” She broke the word down into individual sounds and assigned instrument noises to each: a shaker noise for “ch,” a snare hit for the hard “k” and so on.

“It’s like sneaking vegetables into food,” she said. “And it gives these kids a means of expression. Some of them are savants.”

Now in its second year, Mullady says the progress she is seeing from the children as they write their own songs is ‘incredible’.

“Their sounds are so clear, so perfect,” she says proudly.

In case all the aforementioned wasn’t enough, Kaila is currently working on a full-scale theatrical beatbox production that she promises is like nothing we’ve ever seen.

Given what she’s done so far, we’d be foolish to doubt it.