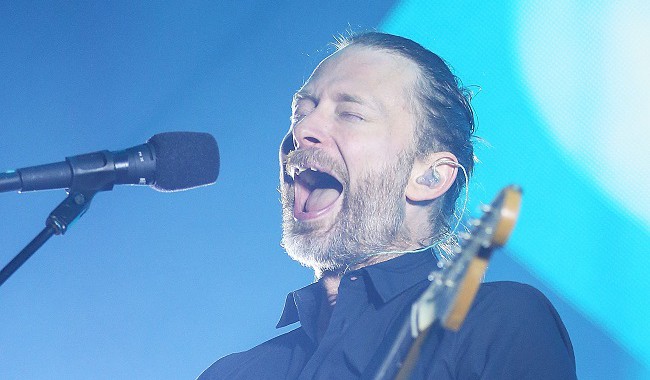 UPDATE: Radiohead’s management company has issued this statement in regards to their forthcoming album.

For months, there have been anticipatory murmurs about when the new Radiohead album will come out. It felt imminent, but there was no real concrete news, leaving fans to try and connect the dots as they waited for the follow up album to 2011’s The King of Limbs. Now, finally, we do have some hard facts about when the album will be out, and we won’t have to wait much longer.

Radiohead’s manager Brian Message was interviewed at an event being held at a pub in London. During the interview, Message let us all know when to expect the new album, saying, “the new Radiohead album out in June will be like nothing you’ve ever heard.”

From the horses mouth "the new Radiohead album out in June will be like nothing like you've ever heard". pic.twitter.com/7XP7jmPNZZ

So there you have it. No more need to speculate or to read the tea leaves. Radiohead’s new album will be out at some point in June, or at least that is the plan for now. Until an official release date is dropped, there is always the potential for a delay. However, given how long we have been hearing about the band working on the album, one imagines they wouldn’t allow this news out unless they were confident in their release schedule. Of course, the fact that Message said the album will be like “nothing you’ve ever heard” is not exactly going to lower expectations for excited fans.