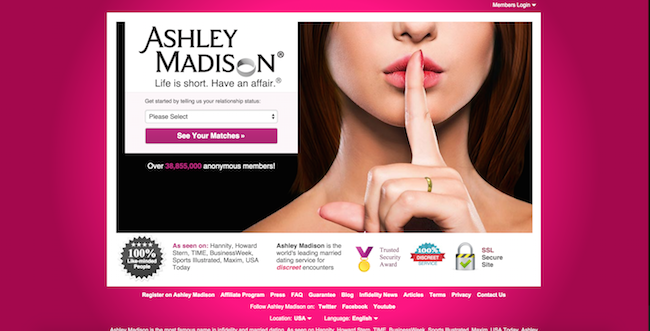 Last month a group of hackers claimed that it breached the notorious cheating website Ashley Madison, obtaining user information for a large amount of customers and members. Now, they’ve made good on a threat to release this information, dumping 10 gigabytes of data on the dark internet, according to Wired.

The hackers, who called themselves the Impact Team, initiated the hack back in July out of disapproval for Ashley Madison’s mission to help married people cheat. They also targeted Established Men, also owned by Ashley Madison parent company Avid Life Media. The latter website connects women with sugar daddies.

In addition, Impact Media wanted to challenge Avid’s claim that Ashley Madison doesn’t keep user data for the low, low price of $19, which the hackers called a misleading business practice. To make their threat have impact (heh), they released samples of the stolen data, exposing employee salaries and other internal company documents in the process, then warning that there was more to come, unless ALM took down Ashley Madison and Established Men.

ALM didn’t do this, claiming that it had since made its networks more secure. That’s why we’re here today.

Ashley Madison does seem like a reprehensible website, but really, no one comes out looking like a rose in this scenario. This includes the Impact Team, who are claiming that any personal fallout is on the cheaters themselves, not the people playing morality police.