True Story*: Erroll Childress, i.e., The Lawnmower Man, i.e., the creepy-ass villain in season one of True Detective, was actually modeled after Joshua, the Neo-Nazi garden caretaker in the season two episode of Community, “Aerodynamics of Gender,” who many believe is the actual Ass Crack Bandit. The Ass Crack Bandit episode, of course, took the piss out of serial-killer dramas like Zodiac and The Killing and True Detective, so you can surely see the irony, can’t you?

Anyhoo, Erroll Childress of course was played by Glenn Fleshler, who you may also recognize from Boardwalk Empire:

Or as Charlotte’s Jewish boyfriend in Sex and the City:

Soon, however, you will get to recognize him from Hannibal, where — in the third season — he will play Mason Verger’s personal nurse, who is described as a quiet, insightful guy who helps Mason traumatize orphan kids. Mason Verger, you may know, looks like this in the movies:

And this, in the NBC TV show: 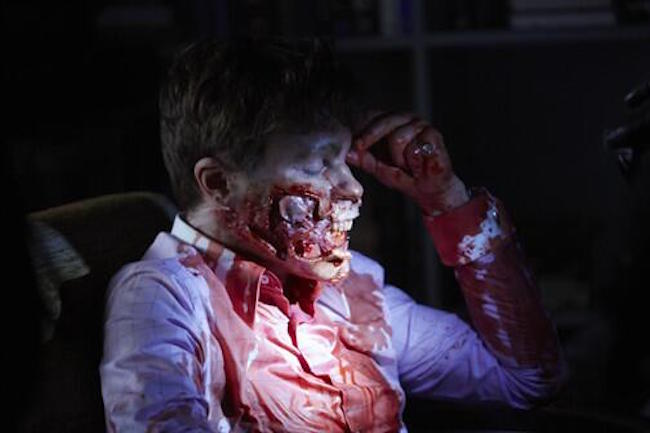 Traumatizing orphans should not present much difficulty for Verger.

Meanwhile, if you haven’t seen it, here’s the trailer for season three of Hannibal, which will debut this summer.

* This is not a true story in any way whatsoever, but wouldn’t it be cool if it was?