‘Full House’ Was A Bad Show, So Please, Don’t Make That Spinoff 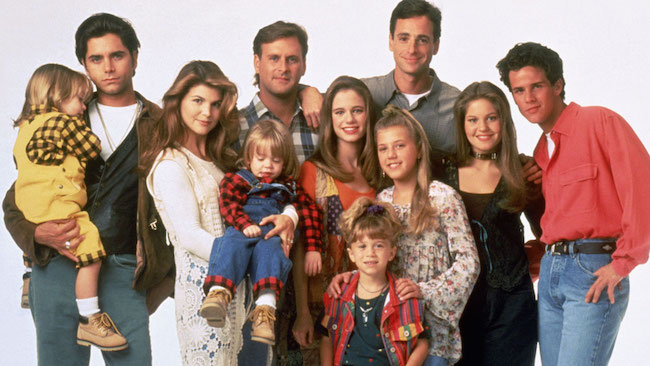 C’mon, people… another Full House? It’s really come to this?

I have mixed feelings about nostalgia. On one hand, it’s certainly not healthy to live in a past that was a lot worse than you remember it being. I have some fond memories that, yes, do whip up some nostalgic feelings from time to time, but if I woke up and it was all of a sudden, say, 1987 again, I would be absolutely miserable. Could you imagine living in a world without the internet having already experienced the internet? We take them for granted, but we carry around machines that can answer any question at any time. Nothing bothers me more than when I don’t know a piece of information that I desperately want to know.

Yesterday, for the life of me, I couldn’t remember the name of the guy who played Skippy on Family Ties. I wanted to say Mark Price, but Mark Price was a former NBA point guard for the Cleveland Cavaliers. A few seconds later, I had the answer: It’s Marc Price. (Sorry for setting off both of your Google alerts, guys.) In 1987, how would I find that answer? Does the library even have that answer? Do I have to wait for Family Ties to come on the air and wait for the end credits? I remember there was a local radio show host named “Mr. Trivia,” and the gist was that people would call him up and ask questions just like, “Who plays Skippy Handelman on Family Ties?” And if he didn’t know the answer, he’d find out and give the answer next week. This is how things used to work. Do you know who probably has a lot of nostalgia for 1987? “Mr. Trivia.”

Full House premiered on Sept. 22, 1987 in what now looks like a conspicuous night of television. Following Full House was another new situation comedy, titled I Married Dora, which is best known (if known at all) for breaking the fourth wall during its 13th and final episode, announcing that they had been canceled directly to the audience.

I Married Dora was followed by the better remembered, but almost equally as short-lived Max Headroom.

Sadly, Full House lasted longer than 13 episodes and, now, is reportedly coming back as a Netflix series titled Fuller House. Why is this happening? Who really wants more Full House? Is it for the GIFs? My prediction is that if a new Full House happens, it will be the most heavily GIFed, but least watched show in television history.

The original Full House was about a San Francisco widower named Danny Tanner who recently lost his wife to a drunk driver. This is an extremely dark way to set up the premise for what become one of the most lighthearted, in the worst way, situation comedies of all time. Bob Saget plays Danny, a comedian and actor who has gone well out of his way to prove how “dirty” he is in real life. Tanner enlists his brother-in-law, Jesse (John Stamos, who had just come off the ill fated You Again? opposite Jack Klugman) and friend Joey (Dave Coulier) to help raise his three daughters: D.J. (Candice Cameron), Stephanie (Jodie Sweetin), and Michelle (Mary-Kate Olsen and Ashley Olsen, both playing the same person).

Over the course of 192 excruciating episodes, we’d watch as these characters went on Star Search and met The Beach Boys. There is absolutely nothing noteworthy about Full House, and I’ve watched a lot of bad television that I will at least try to partially defend. I was 13 when Full House premiered and, even then, it was the television equivalent of Playskool.

I partially understand the nostalgic draw of Saved By the Bell — an equally bad television show — because (A) at least it was about kids in high school and (B) it reminds people of the greatest part of the week for anyone that age, Saturday morning. Again, I promise, you would not want to go back to that time period, you’d be driven to insanity by boredom. But, I at least understand the appeal at least a little bit. What’s the appeal of Full House? “Ah, yes, the great memories of when Danny Tanner’s wife was killed by a drunk driver, then we all laughed a lot for eight years.” Yes, everyone on the internet got nostalgic about the Saved by the Bell reunion on The Tonight Show, but so what? It’s a comedy sketch. No one is bringing Saved by the Bell back. (At least, not yet.)

But, here we are with Full House. The weirdest thing is that the people who seem to like Full House the most weren’t really old enough to be watching primetime situation comedies when Full House premiered. Somehow, Full House became a current internet darling though reruns. (Friends has a similar arc: the people who didn’t watch it during its original run seem to be its loudest supporters.) I will concede that if it wasn’t for the current popularity of Full House, I may just regard it as a show that I don’t have much of an opinion on one way or another. But a possible Fuller House just feels like the nostalgic final straw. (“Ah, remember when we drew that final straw? Remember how great life was then? We should really reboot that final straw.”)

Again, I have a hard time believing that any adult who says they like Full House actually enjoys watching Full House as either a subjectively “good” show or even as some sort of guilty pleasure comfort food. Seriously, go watch an episode, a full episode. I tried this the other day, and I lasted about eight minutes. But that’s Full House and nostalgia in a nutshell: It’s sometimes nice to smile about, but I promise that you do not want to relive it. I do not care what became of D.J. Tanner and Kimmy Gibbler, but we’re probably going to find out. Full House was a terrible show and we’re probably getting more. Heck, we probably deserve more. This is our punishment. We all brought this all on ourselves. Maybe this is “Mr. Trivia”’s true revenge.