The latest episode of The Walking Dead continued to build towards this week’s finale, culminating in an insane final scene that will threaten Rick’s ability to continue living in Alexandria. Here, however, are some of the smaller details you might have missed in the episode:

1. Here’s an interesting parallel between Rick in the first season and Deanna now (via Reddit user SugarBombsAway):

But Rick now knows that this is what happens if you don’t kill them.

In fact, it’s not out of the realm of possibility to believe that the Wolves are being led by someone (or someones) who’s been exiled by Deanna.

2. Speaking of the Wolves, did you see that this woman was tied to a tree and mutilated in the exact same way that Carol told Sam that he’d die if he ratted her out for stealing the guns? 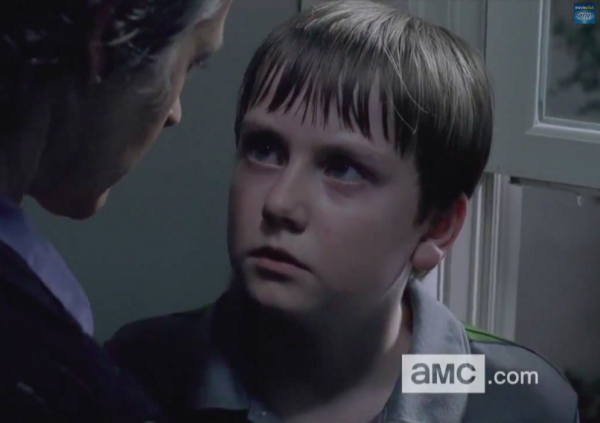 3. Here’s a nice screenshot of the stunt doubles when “Rick” and “Pete” crashed through the window (via Reddit user Pietru24):

4. Reddit user hipwithyoungsters caught this calm, composed woman looking upon a bloody-faced, hot-tempered Rick Grimes waving his gun around. I think she’s just really happy to be there, y’all.

5. The shirt that Michonne holds up is Noah’s. One on One Recording Studios was the studio where Metallica’s Black Album was recorded, although I have no idea how that relates to The Walking Dead, unless it’s a sly nod to this piece from the Zombie Research Society which compares The Walking Dead to Metallica’s Black Album, which would be hilarious.

6. Reddit user 12techno12 caught this. It’s a huge stretch, but it’s not impossible that it’s Morgan or that it’s more likely foreshadowing the arrival of Morgan.

7. Finally, the parallel between Shane in Season 2 and Rick in this week’s episode was clearly intentional, as AMC provided this quote during the show’s story sync, which echoes what Rick was saying after his fight with Pete: 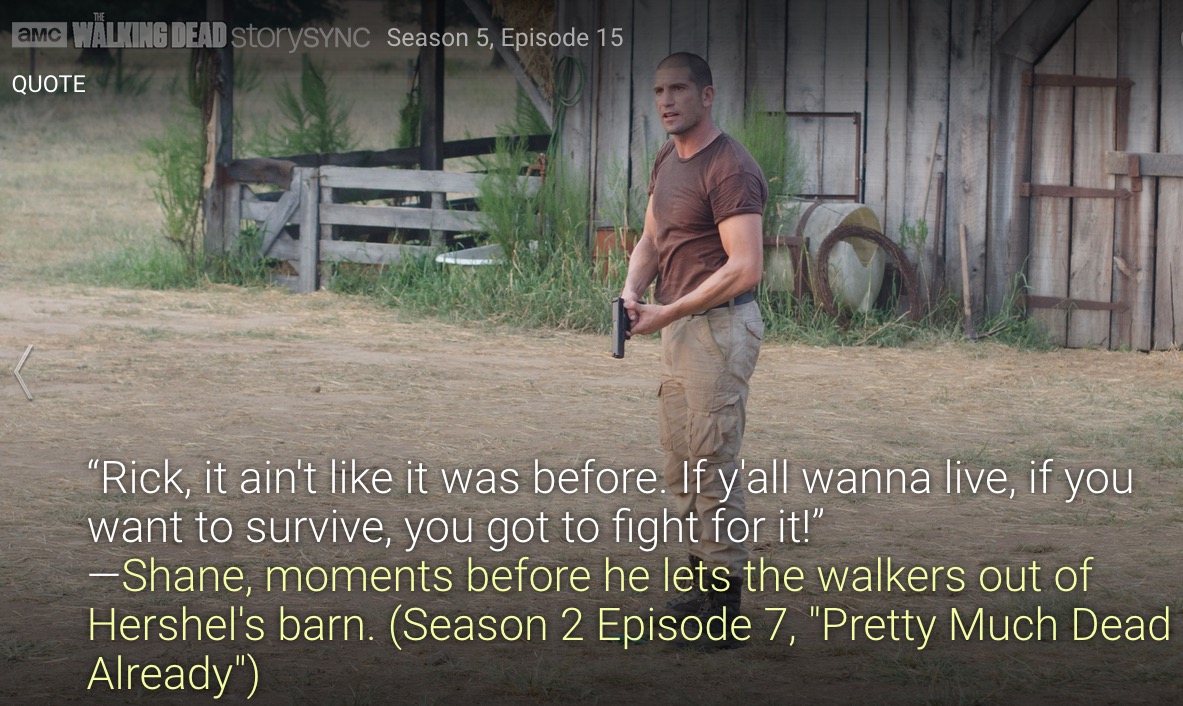