Josh Duggar May Have Been Looking For Love On OkCupid, Too 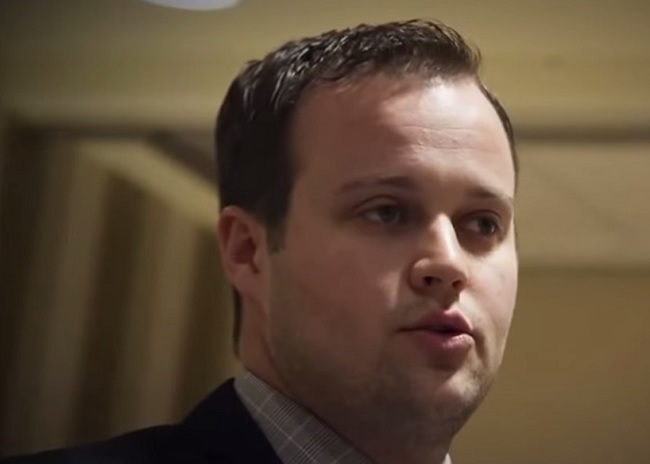 It’s been a banner day for Josh Duggar. The former reality star and known child molester was not only revealed as the Ashley Madison hack’s first official celebrity, but it also looks like he may have allegedly been looking for love on OkCupid.

This news comes to us courtesy of Gawker, where writer Ashley Feinberg dug deep into the nation’s premiere site for hook-ups and unsolicited dick pics to find the account that may belong to Duggar. And if you’re wondering about whether it really is Josh Duggar whose profile you’re looking at, Feinberg offers some compelling evidence. 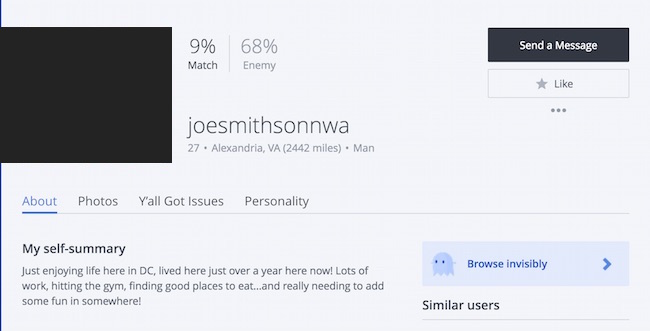 But here’s the most important piece of evidence that Gawker dug up:

It’s also worth noting that, on this OKCupid profile, “Joesmithsonnwa” claims to be looking for “casual sex” while simultaneously describing himself as a “strictly monogamous” type. “Joesmithsonnwa” last appeared online in September of 2014 (around the same time Josh J Duggar’s credit card stopped paying for the first Ashley Madison account), and “Joesmithsonnwa” lists his location as near where Duggar, his wife, and their three children lived in Oxon Hill, Maryland—that is, until they moved back to Arkansas when scandal hit.

There are some differences between Duggar and the person who may have created this account, like the fact that Duggar didn’t attend college and the OkCupid user did. But that’s still a lot of evidence against him.

As noted on a previous post regarding Josh Duggar’s hacked profiles, we generally stay away from exposing hacked information, but  “given Duggar’s history with promoting “Family Values” and the hypocrisies this news creates, it certainly merits attention.”