The Communist Connection Between Walt Disney And Ronald Reagan

Yesterday’s casting announcement for the upcoming Ronald Reagan biopic, Reagan, had me thinking. As a sucker for anything involving Old Hollywood and political world history, something about this news had my history nerd nerve endings twitching.

David Henrie, best known for Disney’s Wizards of Waverly Place, will be playing the Gipper as a younger man in the 1940s-1950s, before he served in the White House and when he was president of the Screen Actors Guild and speaking out against Communism. Walt Disney was also a staunch anti-Communist. Both Walt Disney and Ronald Reagan testified to the House Committee on Un-American Activities about Communists infiltrating Hollywood’s labor unions…

Omigod, I’ll grab my tinfoil hat if you grab yours! Come with me on this extremely loosely-connected journey, won’t you? What if I promise it reveals the root of a famous urban legend about Walt Disney? (Not this one.)

So, flashback: The Soviet Union and America successfully teamed up to defeat the Nazis during World War II. While Joseph Stalin did things that President Franklin Delano Roosevelt hated, everyone hated the Nazis much more. But once that was over, Stalin started getting edgy about the West taking over just as the West was getting edgy about Stalin getting up to his old dictatory tricks again — not just in his own country, but others.

Meanwhile, the U.S. was building the atomic bomb, and didn’t bother telling the Soviets until they knew it worked. At which point the Soviets were like “How could you possibly think that was cool? Guess what? We’re building our own.” So the world’s superpowers — the U.S., the Soviet Union, the U.K., and China (and also France) — all eventually had a nuke-measuring contest that led up to the Cuban missile crisis in 1962.

In other words: To mid-20th Century America, Communism = NUKES, yo.

Conveniently enough, the extremist left-wing politics of Communism were at direct odds with the good ol’ corn-fed, moderate- to right-wing politics that were embracing American capitalism, so not only could American politicians scare the citizenry with the threat of nuclear war, but they could also threaten the shiny, alabaster American way of life.

Especially those weird, depraved freaks in Hollywood — no morals, but lots and lots of lights, cameras, and action.

Still with me? Tinfoil hat fully fastened? Because now we’ve arrived at how this relates to Ronald Reagan and Walt Disney.

Both of these men testified in front of the House Committee on Un-American Activities (HUAC) to decry Communist influence in the labor unions that were responsible for producing Hollywood’s famous productions. Those labor unions were starting to cause a ruckus, and Reagan and Disney cited Communism as the reason why. While Reagan, the president of the Screen Actors Guild, believed that Communists could use their positions in Hollywood to spread propaganda, he also believed that “opposing those people [is the best way] to make democracy work” and any influence could be crushed by the non-Communist majority. From his testimony:

“As a citizen I would hesitate, or not like, to see any political party outlawed on the basis of its political ideology. We have spent 170 years in this country on the basis that democracy is strong enough to stand up and fight against the inroads of any ideology. However, if it is proven that an organization is an agent of a power, a foreign power, or in any way not a legitimate political party, and I think the Government is capable of proving that, if the proof is there, then that is another matter. . . .”

“I do not believe the Communists have ever at any time been able to use the motion-picture screen as a sounding board for their philosophy or ideology. . . .”

Disney, on the other hand, had more direct dealings with labor unions when some of his animators went on strike throughout the 1940s. He was also nuts. A paranoid wackjob control freak. In his testimony, he named Herbert K. Sorrell, a known rabble-rouser and the leader of the Conference of Studio Unions, which represented the entertainment industry’s animators. Upset about low wages and bad labor practices (which Disney didn’t understand because he thought he was World’s Greatest Boss), Disney’s animators lined up behind Sorrell who organized some pretty colorful protests during the strikes and claimed to have been funded by Communists in the past. In addition to Sorrell, Disney named David Hilberman, one of his own striking animators, as a Communist based on his lack of religion and the fact that he studied art in Moscow. (And that’s it.)

That, by the way, is one place where narrative of Disney’s anti-Semitism originated. Hilberman was Jewish, but not the Communist Disney thought he was. But when you have Walt Disney testifying against you in Congress during the Red Scare, your career can be put in a pretty vulnerable place. The Disney animators who identified as Jewish claimed anti-Semitism, knowing that this would be a good way to smear Disney’s reputation, so they ran with it and it still persists despite evidence to the contrary. (Like being named the Beverly Hills Lodge of the B’nai B’rith’s 1955 Man of the Year.)

It was all paranoia, of course. There was never any evidence of Communist propaganda successfully sneaking into the American movie business. The business knew better: that kind of movie would never sell.

Throughout the war years, and into the 1950s, the movies remained overwhelmingly pro-American and anticommunist, not out of patriotism, but because such messages were economically profitable. The movie studios have remained faithful to democratic ideals because that’s what moviegoers wanted.

This is where Reagan and Disney intersect and what brings us to the tiny nugget of fake conspiracy in today’s Reagan casting news: David Henrie, playing a young Communist-fighting Ronald Reagan, who is the subject of an investigation by a KGB officer while he tries to defeat the Red Scare in America. David Henrie, former Disney star. Disney.

No, really. Why do you think I picked the picture above? 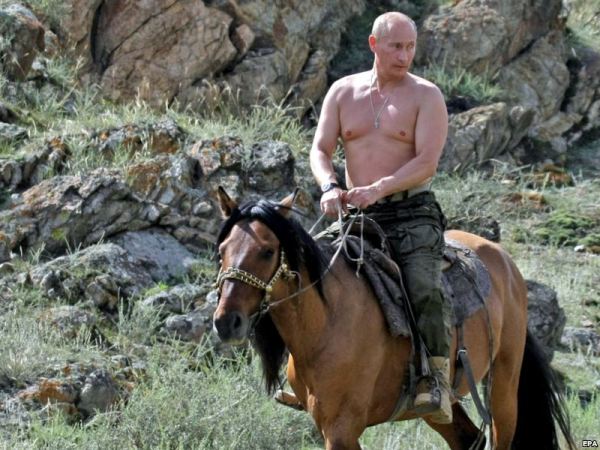