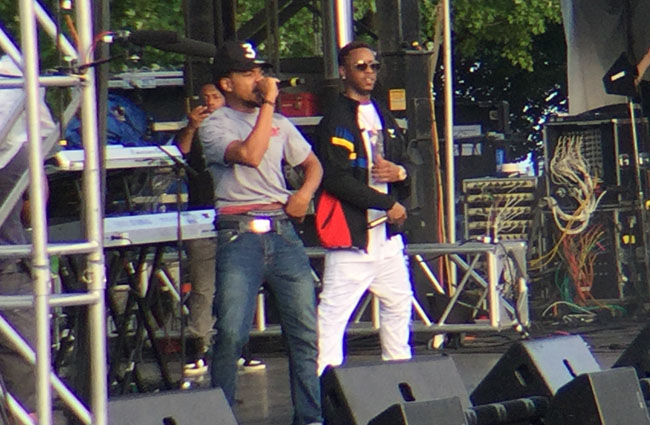 Dead in the middle of every July, thousands of music fans descend upon the Second City to witness the Pitchfork Music Festival. Unlike its bigger Chicago counterpart down the street, Pitchfork usually hosts a lineup that aims to be a little different than the major music fests around the country. 2016’s outing was as good as ever, so we decided to showcase the very best of what the festival had to offer. These moments were the best from Pitchfork Music Festival 2016.

The very first note of the entire festival came from indie rockers Car Seat Headrest and their amazing album opener “Fill in the Blank” from Teens of Denial, and it was the perfect way to kick off the weekend.

The crowd was immediately energized by the band’s fiery set, and it served as the spark to set the pace for a ton of great rock performances. Acts like Chicago’s own lo-fi guys Whitney, singer-songwriter Julia Holter, new-school punkers Savages, dream rockers Woods, emo faves The Hotelier, and perhaps one of the best sets in the entire weekend from the recently-reunited Broken Social Scene. They had four guitars playing at one point and all of them felt completely necessary. Four! 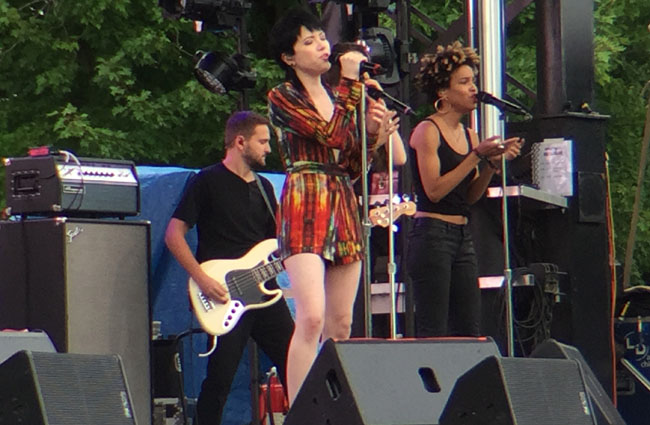 Upon my walk following a fantastic set from the garage rockers Twin Peaks, I overheard two guys among the masses have this conversation:

What then followed was a set so infectious and powerful that it certainly blew those two dorks’ asses clean off. Carly Rae commanded an enormous crowd at P4K’s largest stage and absolutely crushed her set. Starting off with the superb E•MO•TION opener (and now internet meme) “Run Away with Me,” thousands of festival goers were immediately in the palm of the Canadian pop star’s hand.

Running through a lengthy set of hits, the most enthusiastic crowd members near the very front of the stage were mostly dudes dancing like no one was watching. So sorry, Snark Cuban and your crabby friend, everyone out there was having an awesome time making the most of the night.

For Victoria Legrand and Alex Scally, Pitchfork Music Festival is as easy as Depression Cherry pie. This was the fourth time the hazy dream poppers in Beach House have been asked to perform, and they closed the first night of the fest with the exact tone you’d want on a breezy evening in the Windy City.

It’s possible that’s why they’ve been asked back so many times — there are few things greater than hearing “Myth” or “Wishes” while seeing the Willis Tower poke out from the Chicago skyline. 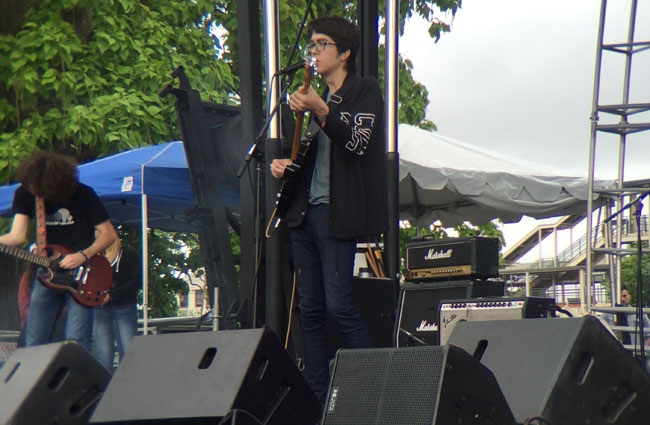 We are in the full swing of a saxophone revival and it is a glorious time to be alive. You had your straight ahead jazz acts like Kamasi Washington, of course, who brought a kinetic and dizzying afternoon set, but it didn’t end there.

Band after band like Blood Orange, Carly Rae Jepsen, Woods, and many more spanning so many different genres decided to bring out the horns, so we could all feel the boogie in our butts. I, for one, welcome our brass overlords back to their great prominence. I was almost expecting Bill Clinton to blow a couple bars during the weekend, but no go.

The 1966 Beach Boys album Pet Sounds is indisputably one of the greatest albums of all time, though it shares a complex history. Many know of the acrimony the band dealt with during its recording, specifically Brian Wilson’s wild ambition that would eventually overwhelm him and get him kicked out of the group.

Eventually, he patched things together and embarked on solo tours performing material from the LP again in the early ’00s, but getting to see him do Pet Sounds from cover to cover alongside fellow Beach Boy Al Jardine (and his son Matt) was a true treat.

It felt like Paul McCartney and Ringo Starr performing Sgt. Pepper or Prince doing Purple Rain all the way through. To see a genius perform his most celebrated work and still have it sound pretty good more than a half-century later felt incredibly special. Also, they played “Good Vibrations” and everyone lost it, including John and Joan Cusack on stage right. 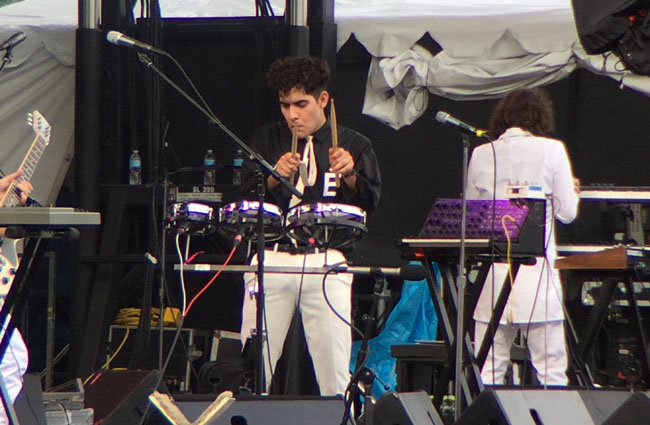 Best: Dancing the rain away on Sunday

Most of Chicago woke up Sunday to the sound of incredible thunder cracking in the sky and feeling the Earth shake. Perhaps, it wasn’t on a biblical level, but it did seem like it was going to suck standing in the rain for most of the day.

Thankfully, the crowd still showed up and not dressed like crystal ghouls in see-through ponchos. Big audiences were ready to dance during excellent electronic sets from Nao, Empress Of, Holy Ghost! and Neon Indian. It’s so ironic how electricity can giveth and taketh away. We bow to you, oh frightening sky fire.

Miguel has a magnetism about him that makes any set of his typically a must-catch, but his Sunday afternoon performance at Pitchfork was notable for more than the usual reasons. Prior to performing his song “Candles in the Sun,” he made a plea for racial harmony and sang a bit of his new song “How Many.”

After he gave a quick rendition of the track, he spoke to the crowd candidly saying: “I’m so tired of seeing photos and people tweeting ‘Pray for this, pray for that.’ Does anyone actually pray for that sh*t? Now is the time for action,” adding that we need to organize if we want to save our country.

Following the speech and songs, he asked everyone put their fists up together — it was an awe-inspiring sight to see thousands of people from all different backgrounds gesturing for unity. It was clearly the strongest part of an incredibly strong set from the LA crooner.

A spilling-over audience waited 20 minutes to see hometown and birthday boy Jeremih start his set late, but as soon as his DJ showed up, not one soul cared about the tardiness. And of course, he started that set with the Black Eyed Peas “I Gotta Feeling.” Why? Literally no one knew, but we are all over the moon anyway.

Then after a few other battle-tested warm up songs, Jeremih hit the stage with a pitch perfect performance of so many of his hits like “Down on Me,” “Don’t Tell ‘Em,” “Oui,” “Somebody,” and of course, “Birthday Sex” for his own special day.

While singing his massive hit “Planez,” another local fave and Song of the Summer winner Chance The Rapper came out to do an original feature on the track, in addition to SotS winner “No Problem” and “Angels.” Also, Jeremih danced with his mom (who also was celebrating her birthday) to “Step in the Name of Love” by R. Kelly. There’s really nothing more you could want from a show.