From The Pit Of Rejection To Center Stage At Coachella? Meet Gallant

How many times would you have to be told to give up before packing it in?

For Gallant, there’s no number high enough. The R&B singer has spent his entire musical career being told that he should try a different path, but the remarkably self-actualized musician from Columbia, Maryland, simply refused.

The way he looks at it, he has no other choice. For him, music isn’t so much an art form, as it’s a way to deal with his own personal issues. When we asked how he got started making music, he told us it was a way to express his emotions in a proper manner.

“I started singing in middle school because I was bored,” he said, “and it helped me to get out what I was feeling.”

His early work was hardly met with a warm welcome. Gallant’s friends razzed him ruthlessly about the emotional music he was recording in his bedroom. Even at a young age, the singer couldn’t muster up the ability to care what his friends thought.

“If you like to cook, if cooking fills you with a sense of freedom and all your friends call you a sissy, it could not matter less,” he said. “It exists in a world that’s outside of your friends. You aren’t cooking for them.”

With the hate sufficiently blocked out, Gallant kept at music. He enrolled at NYU and studied musical anthropology. Outside of the realm of his school friends, Gallant was again told to maybe try another lane, this time by his professors. He applied to the Clive Davis School Of Music and was rejected. But he wouldn’t be deterred, he simply took classes at the school without being enrolled in the full program.

Gallant kept working at his songs, developing a powerful and arresting falsetto in the process. He wouldn’t go so far as to say that he worked at his voice, though. To Gallant, the development of his voice was a byproduct of wanting to express his emotions in the clearest way possible.

“My goal is to be better as a human. I wasn’t really working toward a skill set,” he said. “My voice is a byproduct of me trying to dig as much soul out as possible.” 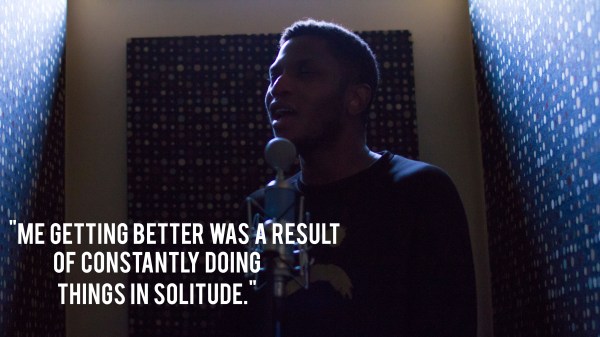 Though Gallant says he enjoyed his time at NYU — particularly the alcohol-soaked bits — he found the city too harsh and unforgiving. He felt that the city drained too much of his energy in just trying to live and wasn’t good for people who are trying to create. A trip to Los Angeles sealed the deal for Gallant, he absolutely had to move.

“I didn’t appreciate the overall vibe of New York,” he said. “It wasn’t conducive to a level of mental health that was desirable.”

The move clearly paid off. Being able to focus on his music allowed him to create his first EP Zebra and begin performing live. His small shows built a significant buzz around Gallant, which has increased to the point that he was able to perform at Coachella this year.

“There was a lot of really great energy there. I don’t really go to a lot of festivals but the energy was great,” he said. “It felt surreal and the amount of real estate on the stage allowed me to have even more of a release.”

Beyond that, Gallant received a public co-sign from one of his heroes. Seal joined the young singer on the stage, implicitly lending his support to the new wave of R&B that Gallant is dreaming up.

“It was incredible. He’s my hero,” he said. “I feel so undeserving of that, the fact that he would even care.”

In spite of all the success that is coming Gallant’s way, he’s still just as uncomfortable with his music as he was showing it to his unimpressed friends. For music as vulnerable as Gallant is making, contentedness is a death sentence. His latest album Ology was born out of needing to say things that he didn’t feel comfortable speaking aloud.

“It’s about saying things that I wouldn’t be able to say in public, lyrically,” he said, noting that the album is so personal that it will serve as a “picture book” showing the exact state of his mind.

“I mean pretty much every song has lyrics that I didn’t feel comfortable with,” he said. “If it’s not vulnerable to the point that you don’t want people to hear it, then what’s the point?” 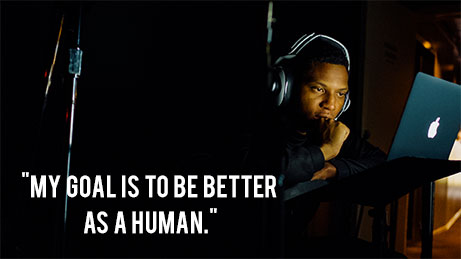