In a bizarre and worrying rant on Twitter, Kanye West claims that his wife, Kim Kardashian tried to have him “locked up,” among other disorienting statements that have fans concerned for the mercurial rapper’s well-being.

In the stream-of-consciousness-style burst of seemingly random thoughts, Kanye posited that “everybody knows the movie Get Out is about me” and called out several of his celebrity acquaintances, including Vogue publisher Anna Wintour, Drake, actor Shia Labeouf, and mother-in-law Kris Jenner.

Among the disturbing tweets, Kanye claimed Wintour “looked at me like I was crazy” when informed of his Gap deal, that “NBC locked up Bill Cosby,” and that “Kim tried to bring a doctor to lock me up.” He tweeted combatively toward Kris Jenner, writing “don’t play with me” and sharing a screenshot of a DM he sent her on Twitter.

As of press time, some of the tweets have already disappeared, but others remain. Screenshots are provided below to preserve as much as possible as the situation appears to be fluctuating. 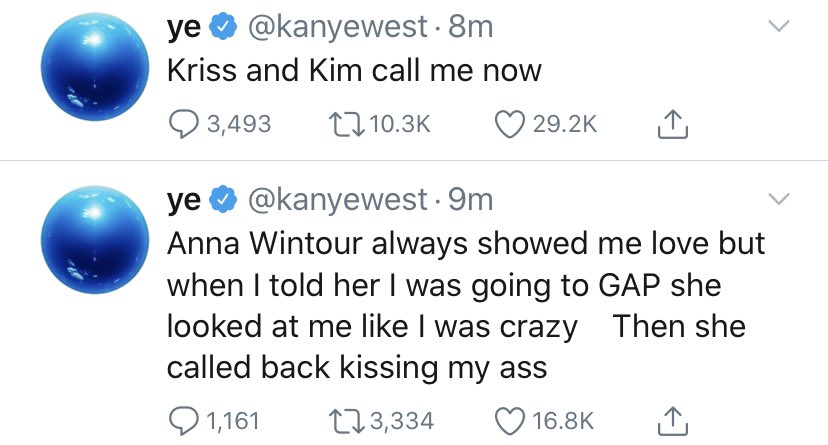 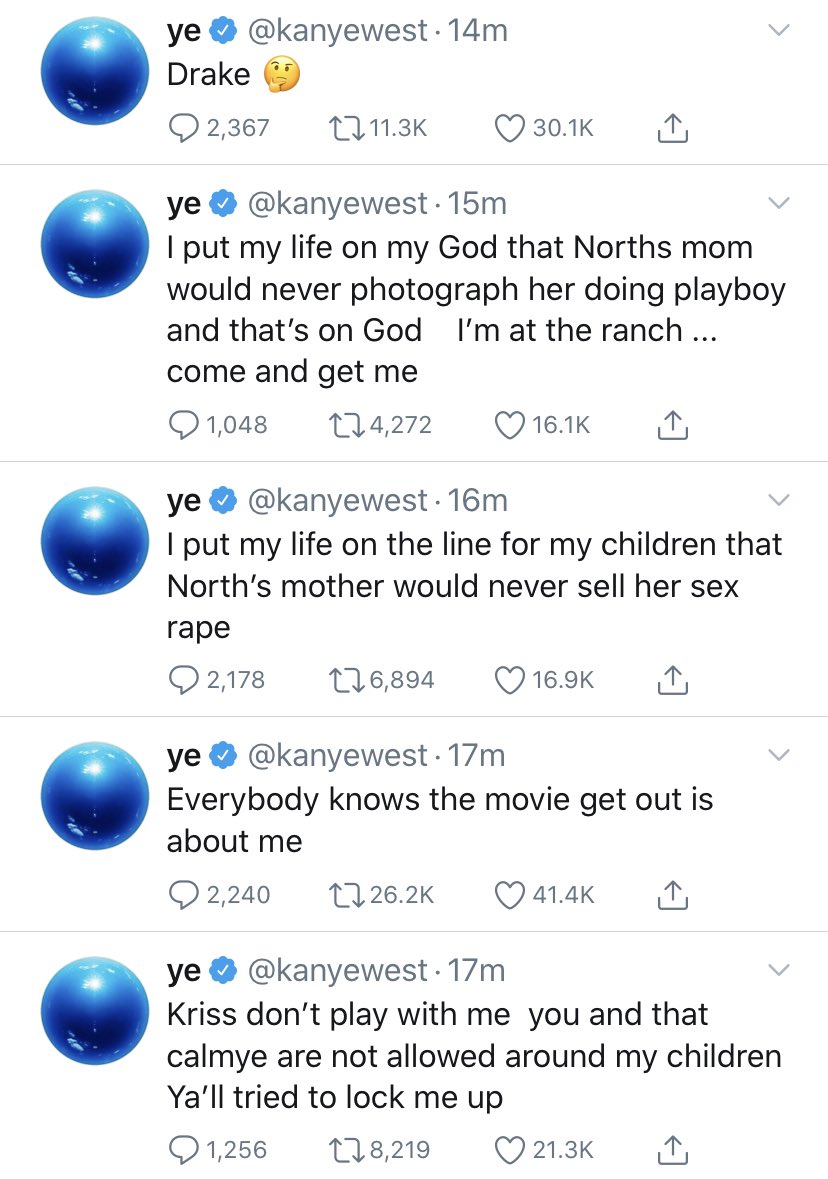 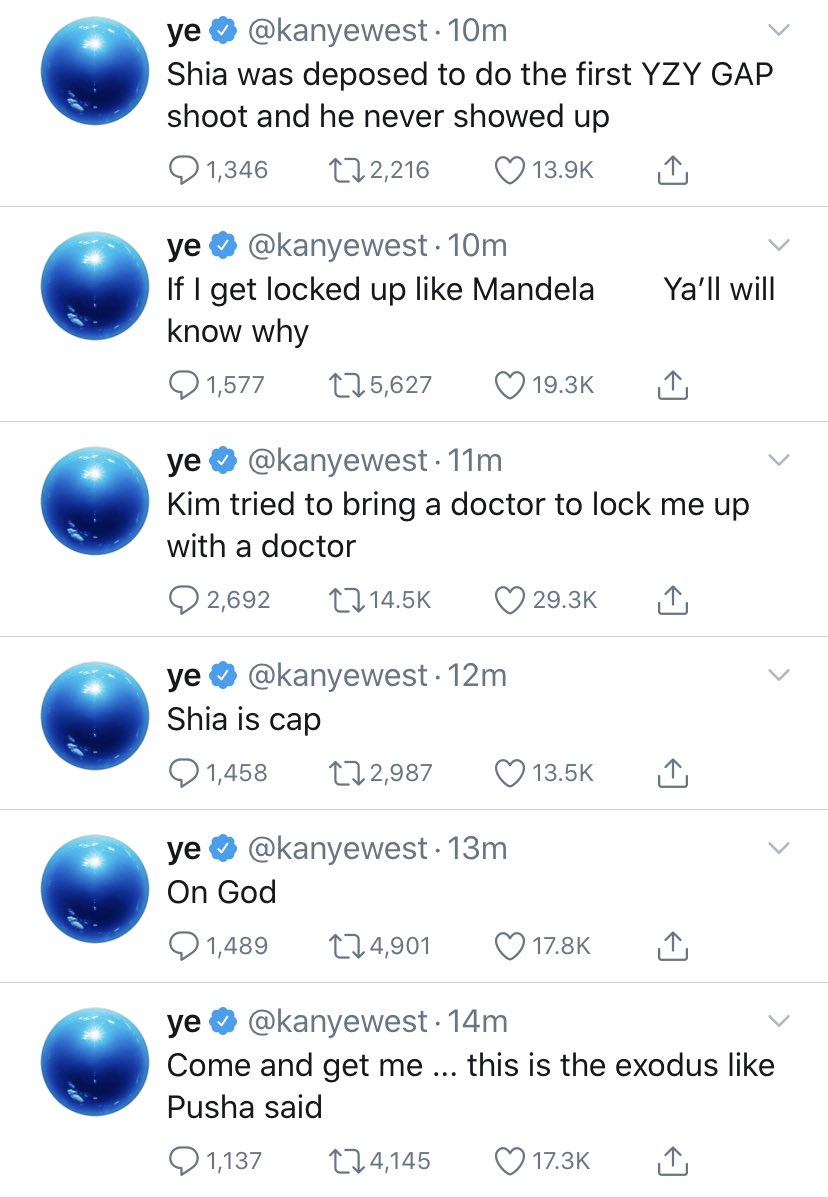 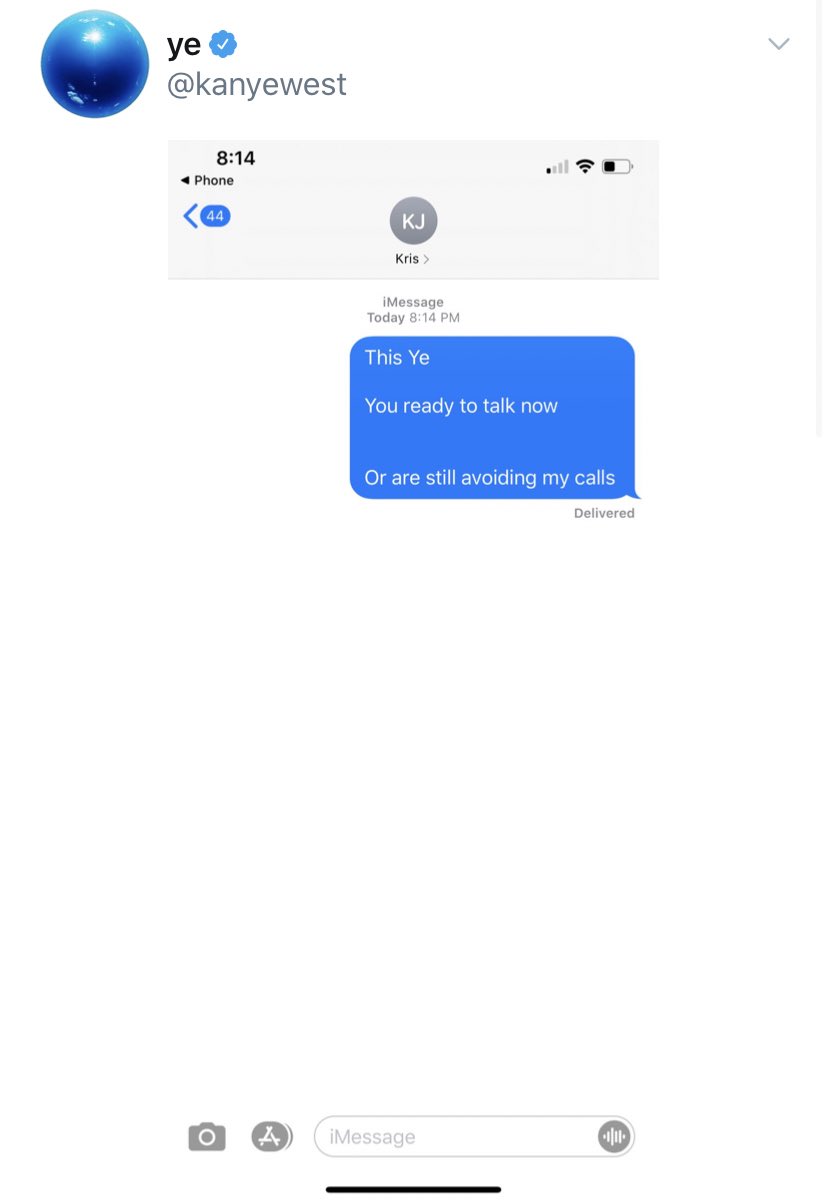 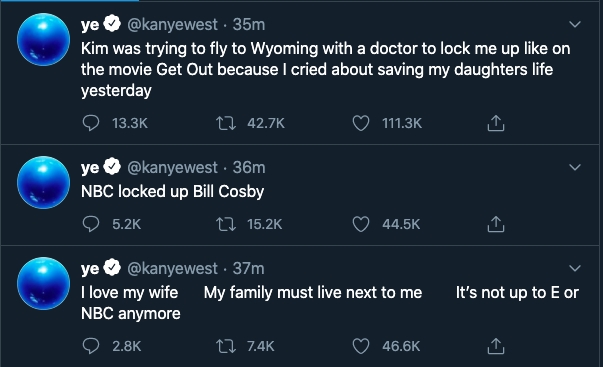 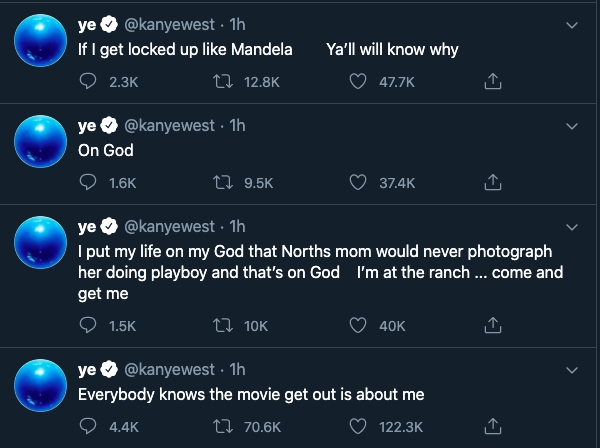 This isn’t the first time Kanye went on a worrying Twitter rampage. In late 2018, he went on a similar rant, claiming that Drake was out to get him. Incidentally, 2018 was also the year that Kanye revealed his bipolar diagnosis via the cover of his summer album Ye. In 2019, he discussed the diagnosis with David Letterman, making the claim that he was not taking medication to regulate his condition.

Just over 24 hours before his latest rant, Kanye held a “campaign rally” in South Carolina, where he made the bizarre claim that Harriet Tubman never freed slaves and tearfully spoke out against abortion. It’s reported that he was not accepted onto South Carolina’s ballot.