Rolling Loud is returning to Los Angeles for the first time since 2019 after being canceled in 2020 and held in San Bernardino in 2021. The roaming festival has a new home at Hollywood Park in Inglewood (the home of SoFi Stadium) and is set for March 3-5, 2023. The lineup was announced today, headlined by Future, Playboi Carti, and Travis Scott. It’ll be Travis’ first headlining performance in the US since Astroworld.

Rolling Loud came roaring back with a vengeance in general in 2022, bringing events to Portugal, Miami, New York, and Toronto (all, funnily enough, featuring Future as headliner/unofficial mascot). It was an eventful year, to be sure, as the Miami event saw Travis Scott’s return to the stage after the Astroworld disaster, and Kid Cudi’s early departure from it after being pelted with objects by the crowd.

Meanwhile, the New York Rolling Loud was marred by the NYPD’s ongoing war against drill music, as well as ASAP Rocky’s meme-spawning mosh pit mishap. LA fans still have plenty to look forward to, though, as the last iterations of the festival in city of angels brought memorable performances and viral moments that still have an impact on hip-hop to this day (Cardi took back Offset, after all).

You can see the full lineup below and get more information here. 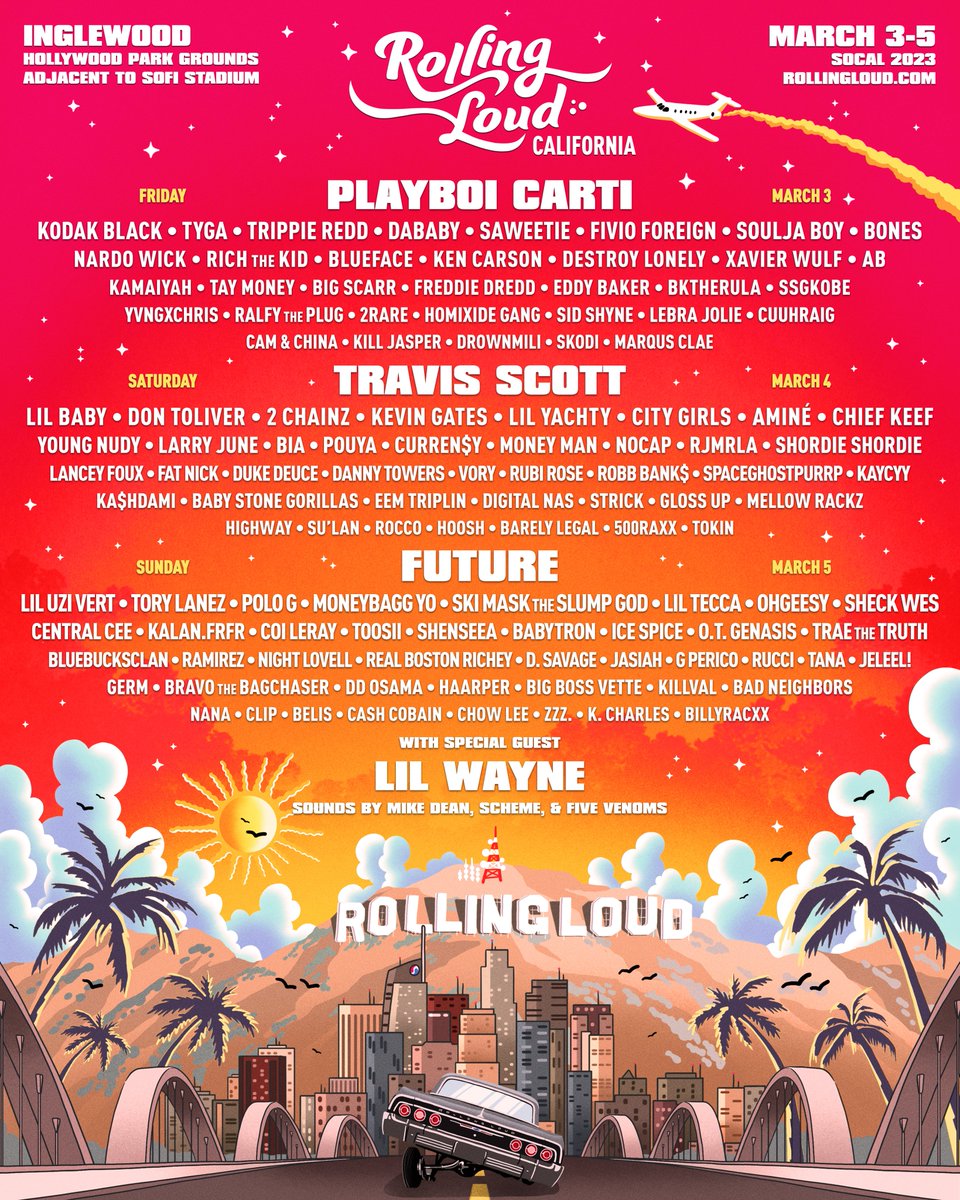