The Black Lives Matter movement may be centered in and stem from the US and America’s institutional abuses against Black people, but the movement has spread to become a global phenomenon addressing inequality and injustice abroad as well. A recent Black Lives Matter protest in London received attention from the participation of Star Wars actor John Boyega, and today, outspoken grime star Stormzy declared his plans to contribute to the cause to the tune of £10 million.

Stormzy issued a statement of intent via his #Merky label, writing that he plans to donate £1 million a year for 10 years to “organisations, charities and movements that are committed to fighting racial inequality, justice reform and Black empowerment within the UK.” He also included this would be part of a “lifetime commitment” to the cause of equality, justice, and empowerment.

“I’m lucky enough to be in the position I’m in and I’ve heard people often dismiss the idea of racism existing in Britain by saying, ‘If the country’s so racist how have you become a success?!’” he explained. “I reject that with this: I am not the UK’s shining example of what supposedly happens when a Black person works hard. There are millions of us. We are not far and few.”

““We have to fight against the odds of a racist system stacked against us and designed for us to fail from before we are even born,” he elaborated. “Black people have been playing on an uneven field for far too long and this pledge is a continuation in the fight to finally try and even it.”

Read the full statement below. 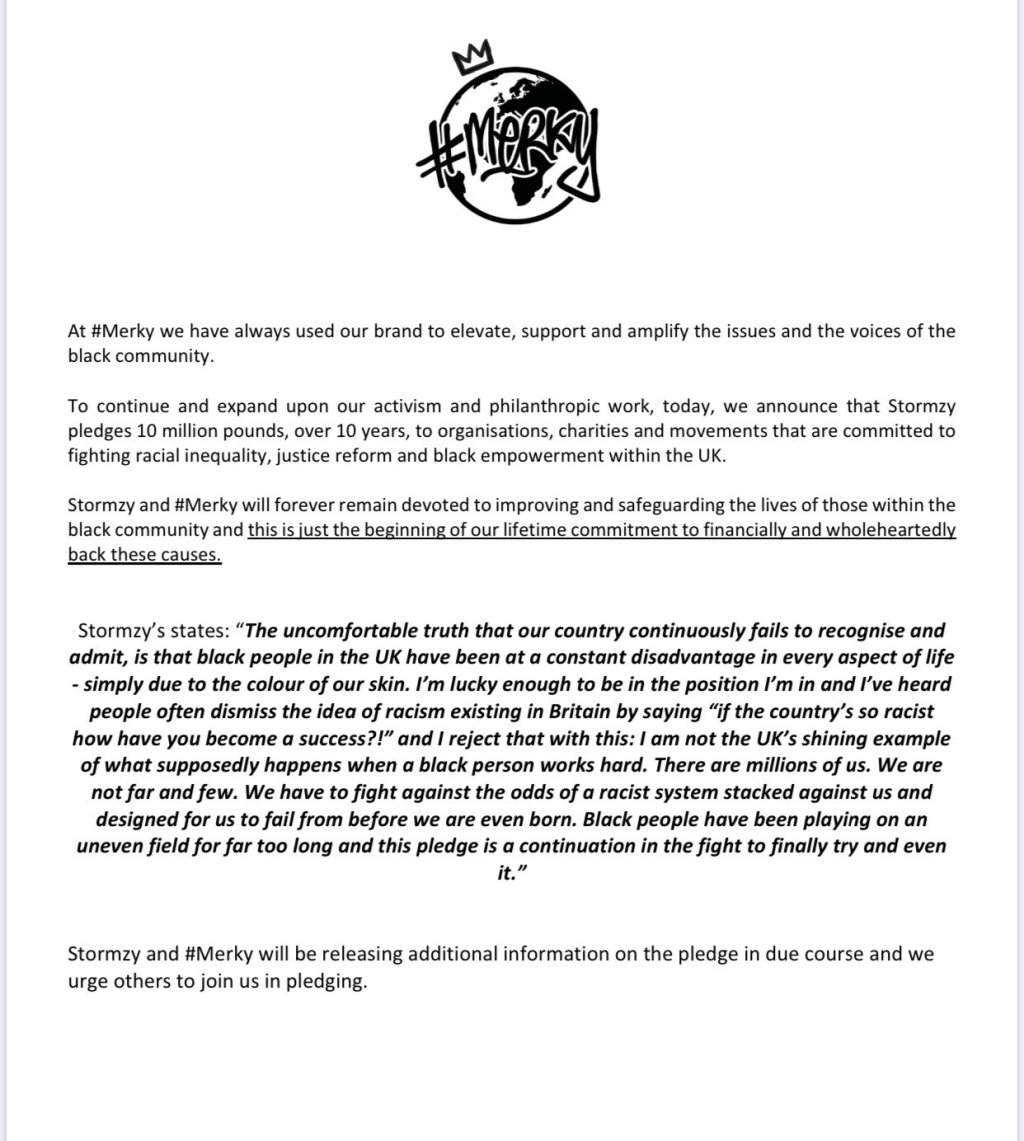