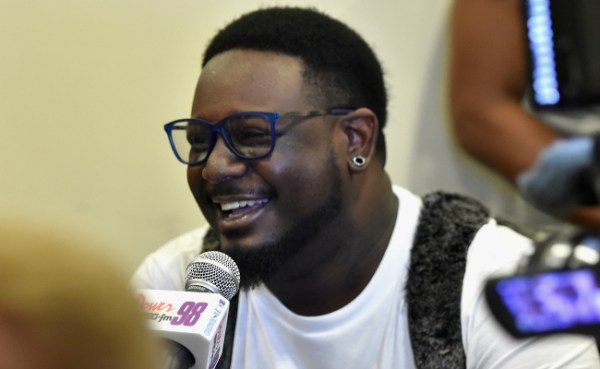 When T-Pain showed up at NPR and performed at their Tiny Desk Concert last year, he loudly confirmed something that true fans all knew. He can really sing. But even after dropping his mixtape The Iron Way and having his music introduce the President of the United States, people still don’t want to give him respect. In an interview with Hip-Hop DX, he explained how people don’t understand that autotune is an instrument and not a crutch:

“When people saw that Auto-tune was working with T-Pain, and I had so many hits they said, ‘There’s something working about this Auto-tune. I’m going to start using this too.’ People started copying it, but you still have to write a good song. If the song sucks, it’s not going to win… They don’t know a song as simple as ‘Good Life’ took me and Kanye five weeks to finish. It was seven different hooks. So people don’t know that it took us that long to do just that simple of a song. So these people, they see that Kanye’s ‘asshole,’ and think, ‘If Kanye can do it, then I can do it too.’ And they do it, and they hear their sh*t and say, ‘Oh this sounds just like ‘Good Life!” And it’s so f*ckin’ terrible.”

Being known as the “autotune guy” is a total misnomer. We’ve seen that he can do so much more, but T-Pain said it’s also a hard reputation to shake when you want to be taken seriously. That’s why he feels for someone like Justin Bieber. Yes, we’re talking about the same Justin Bieber:

“That’s just like when people say Justin Bieber sucks. I like Justin Bieber, man. He’s turning into a dick. He’s turning into a dick of a person, but his music is really f*ckin’ dope… it’s actually creative. I don’t know who he’s got writing for him or producing, but it’s coming out good. But at the same time, most people in this country or around the world right now would say, ‘Justin Bieber is f*ckin’ terrible,’ and they have never heard Justin Bieber’s music. But, so many people say that Justin Bieber is terrible, and they automatically say Justin Bieber is terrible without giving him a chance in f*ckin’ hell. Even people trying to get him kicked out of countries — just because it’s so many people saying that Justin Bieber sucks — and they’ll never give him a chance. They’ll never listen to it, but all they know in their minds is, “If anything comes up about Justin Bieber, I already know he sucks, so I don’t have to [listen].” And that’s the same thing that’s happening to me.”

For what it’s worth, Journals, Justin’s R&B compilation album featuring Chance the Rapper, Lil Wayne, and Big Sean, to name a few, actually surprised a lot of listeners. T-Pain feels unfairly outcast, and he’s right. Maybe we should keep more of an open mind and not act purely on prejudices. But at least he fairly acknowledged that Justin can be kind of a dick.