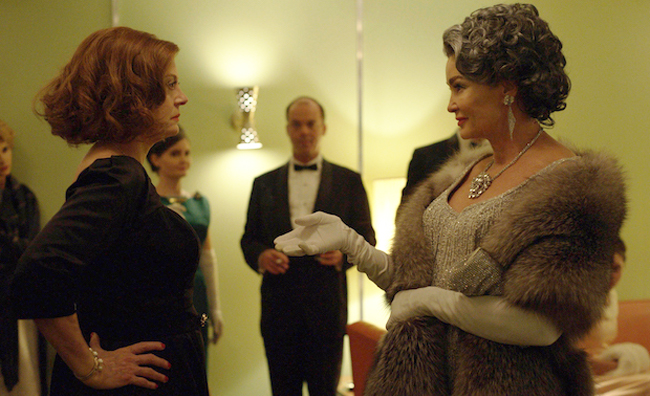 When Ryan Murphy decides he’s going to chronicle the beginnings of one of Hollywood’s most notorious beefs between two of its biggest stars, you can bet there will be plenty of drama, lengthy monologues, and an overabundance of cat fights. Susan Sarandon and Jessica Lange played the Bette Davis and Joan Crawford, two actresses struggling to fight back against a sexist system and taking out their frustration on each other.