Good Riddance: How The Confederate Flag On ‘The Dukes of Hazzard’ Shaped How We Viewed It 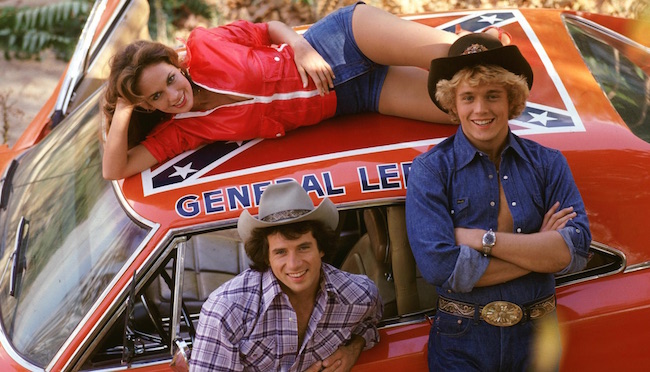 The Dukes of Hazzard premiered on CBS in 1979 when I was four years old. Unless you were of a certain age in the early ‘80s, it’s hard to explain just how popular this show was. During recess at my elementary school, The Dukes of Hazzard was second only to Star Wars in popularity. The two most popular kids would run around pretending to be Bo and Luke Duke. (When I asked to play, I usually wound up being assigned Enos, the dopey deputy who always seemed to crash his police car while in pursuit of Bo and Luke Duke. It’s only now that I realize what my fellow students thought of me when I was in first grade.)

When I was 8 years old, I was forced to pose for a picture with Sorrell Booke at a mid-Missouri rodeo (an event I’m sure the New York-born Booke just loved). Booke, of course, played Boss Hogg, the main antagonist over the course of seven Dukes seasons. I refused to smile because this was the bad guy, and I really didn’t want to be associated with someone who adamantly against Bo and Luke Duke. (Though, during the season in which John Schneider and Tom Wopat left the series over a contract dispute and were replaced on the show by their cousins that had never been mentioned before, Coy and Vance Duke, I found myself rooting for Hogg). 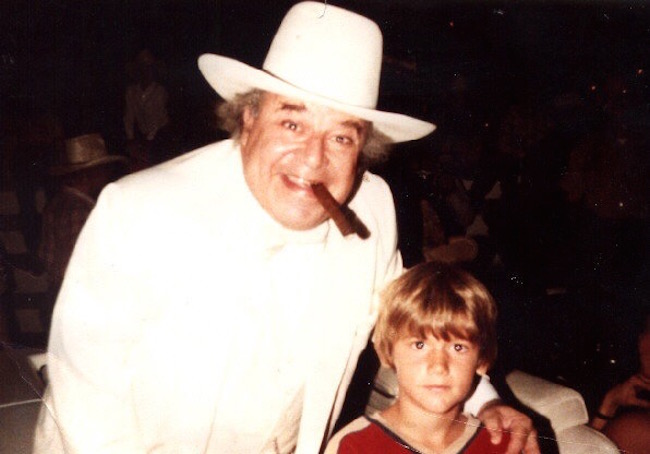 On Wednesday, Warner Bros. announced they will no longer produce replica versions of the Duke’s car — a 1969 Dodge Charger named the General Lee — that includes the Confederate battle flag painted on the car’s roof or depict the flag in any future incarnations of the series. The only thing dumb about this decision is that it took so long; it’s remarkable that only now, in 2015, someone decided, “Perhaps we shouldn’t be presenting a symbol directly tied to racism in the United States in the coolest way possible.”

This is not hyperbole. So, let’s not downplay the importance of The Dukes of Hazzard’s influence on that flag’s place in popular culture. For a time, when I was in elementary school and loved what was, in 1981, the second most popular series on television, all I knew about that flag was that it was painted on the roof of a cool car with doors that didn’t open, driven by cool people who, every week, were just trying to right wrongs. Knowing only that, of course I thought it was cool. Today, I hate that I ever felt that way. I owned this Dukes of Hazzard barn buster. I would play with this toy car that had a Confederate battle flag sticker on its roof and bust barns! (Life was very different in 1982.)

At that age, when I would see the flag in other contexts, I just assumed that whoever was flying it must also have been a fan of the show. It’s insane this ever happened in the first place; it would be like deciding to paint a Nazi flag on top of KITT in the German version of Knight Rider. (Do you think Hasselhoff would be so popular in Germany today if THAT had happened?)

It’s only later I learned the Confederate battle flag wasn’t a “cool” design used exclusively by Bo and Luke Duke. (Or that Jefferson Davis “Boss” Hogg was named after the president of the Confederacy, but at least Hogg is the bad guy?) It was only later that I learned of the racial hatred associated with this flag and couldn’t believe it was used so prominently on a television show that was so appealing to children.

Obviously, The Dukes of Hazzard doesn’t have the influence – or maybe any influence – that it once had. But, with a new Dukes movie in development (ugh, why?), this falls into the “better late then never” category. But I have seen some people on social media bemoaning the fact that this has happened, usually followed by some sort of “what’s next?” analogy that never makes sense. And of course Ben Jones — who played “Cooter” and briefly served in the U.S. House of Representatives; what a world — is already on record saying stupid things. (Jones states that he despises anyone who doesn’t see the flag as a patriotic symbol — I think I’ll will be able to sleep at night knowing that the guy who played “Cooter” might not like me.)

You really can applaud this decision and still have fond memories of The Dukes of Hazzard television series, a series that was, other than this, mostly harmless. You don’t have to take a strong stance in favor of this dumb and hateful imagery just because you liked it as a little kid. That’s the thing: You were a little kid. It’s not your fault. You know better now. Let’s stop being stupid. Let’s stop being Enos.