A St. Louis Punk Band Ran A GoFundMe Campaign To Build A Death Machine To Kill Their Drummer 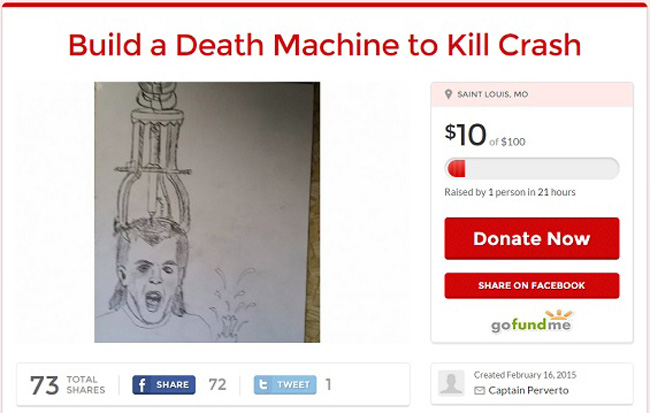 Without Mother F*cking Order, a St. Louis punk band, recently ran a GoFundMe campaign with the noble goal of raising $100 to build a death machine and kill their drummer, Crash. I’ll let them explain.

Crash has gotten so old, that we at Without Mother F*cking Order Industries have decided it’s best he be euthanized. We have waited 16 years for him to die of old age, but recently discovered that he is a Highlander much like Connor MacLeod, and the only way he can die is by decapitation.

While their entrepreneurial, can-do spirit is certainly something I think would make at the very least an excellent episode of Shark Tank, GoFundMe did not see it that way and pulled the campaign. But the plucky band has kept their mission alive. The removed death machine post has now been replaced by a campaign to buy some bearded fellow a Twix bar. Sure why not. 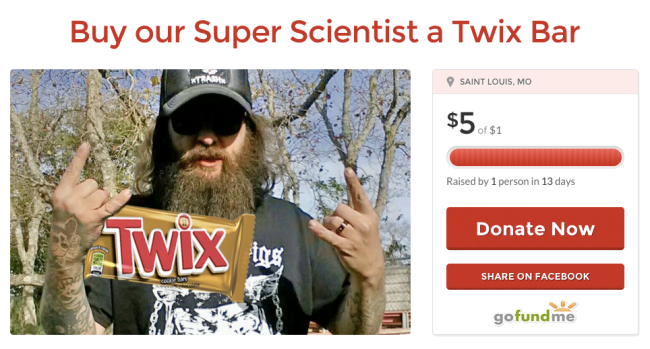 And they’re also still trying to kill their drummer. All of us mildly amused or irritated by this might feel kind of bad if they actually decapitate this Crash person. Until then, however, we can feel however we want.