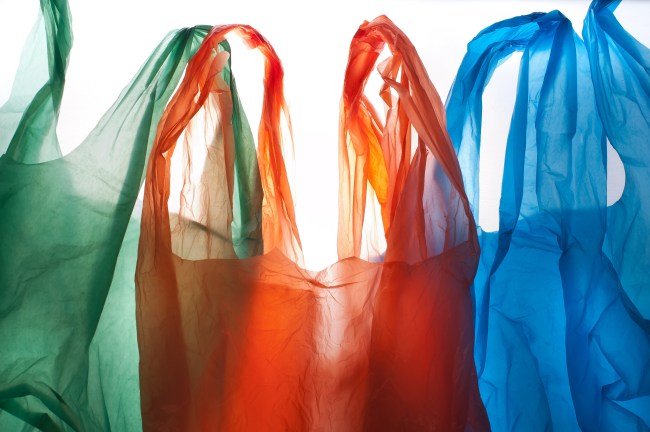 Hawaii just became the first state in the nation to fully ban the use of plastic bags. Next Wednesday, the law will take effect as Oahu joins the rest of the state to prohibit bags made of plastic and other non-recyclable materials. While the law does apply to carryout bags given by retailers, Mashable reports the new law does have a few loopholes:

It doesn’t apply to bags used for fruits, vegetables, nuts, meat or fish, flowers or potted plants, takeout bags at restaurants, or newspaper bags used for home deliveries, among other exemptions.

Instead of sacks made of the heinous material, retailers can supply customers with bags that are compostable, made from recycled paper, or give them the ever popular reusable bag. Oahu’s Department of Environmental Services will enforce the ban by fining businesses that don’t comply $100 to $1000 each day the violation takes place.

Hawaii first implemented the plastic bag ban in Maui in 2011 with Kauai and Hawaii County soon following suit. In California, similar bans have already been put into place in cities like Santa Monica and San Francisco with a pending ballot measure that would place a similar statewide ban into place.