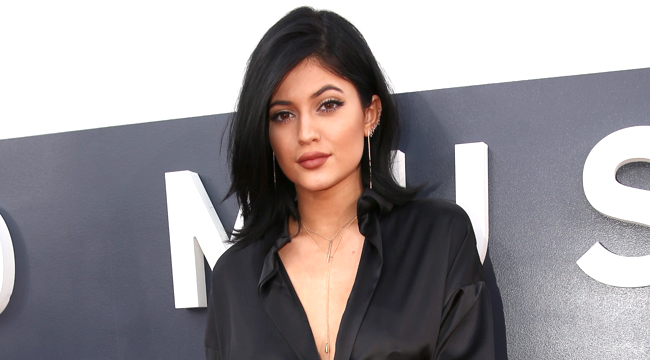 TMZ has learned Vivid Entertainment has already fired off a letter to the freshly-minted adult, offering her a $10 million deal for a video featuring her and Tyga. Vivid honcho Steve Hirsch writes, “Kim’s sex tape helped launch her career and would be nothing but positive for you.”

Vivid has some stiff competition. BangYouLater sent its own written overture, offering $1.8 million up front, saying, “This event will make you even more famous than either Kim K or Paris Hilton.” BangYouLater is banking on a good performance by Tyga, writing, “Your scene must be at least 22 minutes in length.”

TMZ also details a Digital Playground pitch, which is even more explicit than the offers described above. The bottom line is this — with or without Kylie’s participation, Tyga the re-gifter doesn’t seem like the most giving type in the sack. So, his ability to pull off an astounding, 22-minute performance doesn’t sound doable. And that small joke is my way of coping with the world’s focus on a newly minted, 18-year-old girl and what she can do for us.