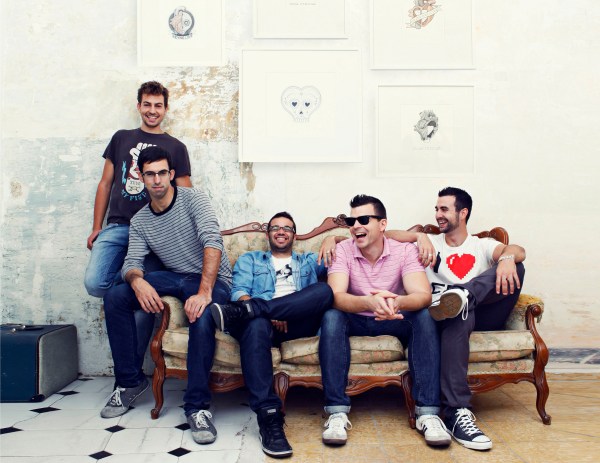 In many ways, Spanish street-art collective Boa Mistura is the Anti-Banksy. Whereas part of Banksy’s appeal is found in his mystique, the Boa Mistura crew is out in the open, creating artwork with direct support from local communities. While Banksy’s viewpoint comes from his own distinct reflections on the cities he visits, Mistura’s pieces are developed through dialogue with locals.

One vision is singular, the other is plural.

Two years ago, I spent a few days in Madrid at one of Mistura’s projects. I saw first-hand how they focus on building a connection with people living in the neighborhoods they visit. Once they’re ready to design a piece, they do so with confidence that residents living near the site will feel represented by the work. In that way, they’re similar to TED Grant-winning street artist JR, whose incredible “Women are Heroes” project also relied on community support.

To gain insight into the thought process behind Mistura’s art, we asked ringleader Ruben Martin de Lucas to tour us through some of his favorite “interventions.”

“DIE UMARMUNG” (THE HUG), GERMANY, 2009. This trip to Berlin represented the first major turning point for us as a collective. We had been painting murals in Madrid, but this was different; there was more meaning behind the image. It was art, not just design. We found a hotel owner who let us use his building, directly facing the site of the Berlin Wall, and treated the piece as our gift to the neighborhood. The two figures bear the symbols of East and West Germany and are connected in an intimate way, to the point where you can no longer tell where one body ends and the other begins.

“DREAM HAMAR,” NORWAY, 2011. Challenged to turn an unused parking lot into a public gathering space, we drew inspiration from Scandinavian textiles. After a few days in Hamar, we recognized distinct geometric patterns decorating the hats, gloves and sweaters of the city’s residents. Once we started looking, the patterns were everywhere, a sign of identity for both the city and those wearing them. By incorporating these patterns into our work, we were able to reinterpret the geometry of the parking lot and change the relationship that the city’s residents have with it.

“VELOKHAYA,” SOUTH AFRICA, 2011. This piece was created in Khayelitsha township, an ocean of wood and corrugated aluminum outside of Cape Town. Our piece was a collaboration with a cycling club called Velokhaya, which had launched with three students. By the time we visited, it had 300 and was a popular gathering place for young people. In talking with locals connected to the club, we heard the word “community” repeated over and over. So, we came up with an idea in which everyone could participate in painting the mural. It became another major shift for us; it was the first time we opened the painting process to people outside of our group. We soon realized that participatory art not only transformed the buildings, it also allowed club members to take more ownership for their space.

“LUZ NAS VIELAS” (LIGHT IN THE ALLEYS), BRAZIL, 2012. As we prepared to create this piece, we lived with a family in Vila Brasilândia, a favela outside of São Paulo. Before starting, we had time to settle into the favela and slowly gain an understanding of how life works there. Walking amongst the narrow passageways that wind between buildings, we realized that these “vielas” were arteries connecting the whole community. They’re also odd shaped and angular, so we wanted to respond to that spatial complexity. Flattening the perspective from a single point (anamorphosis), the words “BELEZA” (beauty), “FIRMEZA” (strength), “AMOR” (love), “DOÇURA” (tenderness) and “ORGULHO” (pride) are framed by bold, flat colors which cover all construction materials. For us, these words were qualities we’d seen reflected daily by the families we’d come to know in Vila Brasilândia. Here again, we received tireless help from people living in the community, reminding us that people feel even more proud of something when they’re empowered as co-creators.

“SOMOS LUZ” (WE ARE LIGHT), PANAMA, 2013. “We are light” is the message we chose for the Begonia I building in the community of El Chorrillo, Panama. The piece is so big that we like to think of it as inhabited artwork, changing daily depending on the residents (laundry lines and open doors become parts of the bigger whole). Not only did we paint the building’s façade, but we painted the corridors and stairwells too. From far away the words are legible, but up close they’re reduced to an abstract color pattern. Located right next to the old town in Panama City, El Chorrillo dates back to the early 20th century. On Dec. 20, 1989, it was invaded and devastated by the U.S. Army. The building pictured here was constructed on the ruins in 1991. Nowadays, El Chorrillo is associated with 14 gangs that have turned it into one of the city’s most violent neighborhoods. Our hope was that our message could, in some small fashion, help change the way the community viewed this building and thank them for the kindness and “light” that we were shown during our visit.

“AL-KARAMA” (DIGNITY), ALGERIA, 2013. Algiers’ old city, Casbah, was declared a World Heritage Site by UNESCO in 1992, but its buildings now show signs of wear and decay. Historically, the city is nicknamed “La Blanche” (the white one), due to the gleaming white walls that ship crews saw as they entered the port. It seemed very poetic to us, to bring back the white while also noting the passage of time. We decided to write inspiring messages in Arabic and leave those areas unpainted, surrounding them with white so that the walls would shine again. Some of the phrases we chose (translated to English) were: We all share the same sun, Savor each moment, Light, Beauty, Honesty, Love, and Dignity. These were certainly qualities that we saw on display during our trip.

“LAS AMÉRICAS”, MÉXICO, 2013. The neighborhood “Las Américas” is located at the outskirts of Querétaro, México. It’s a boomerang shaped hillside, facing two major highways. These highways cross exactly at the corner of the boomerang, so that Las Américas is seen everyday by hundreds of thousands of people. This project aims to create a bright spot in the landscape that reinforces the identity of the community. In order to design the artwork, we looked at the textiles of the Otomí, Pame and Chichimeca civilizations and found ourselves loving the complex universe of colors and patterns seen in their Indigenous handcrafts. During the three weeks we lived in the community, we painted around 30 houses with help from volunteers. It was truly a project for the city, by its citizens.