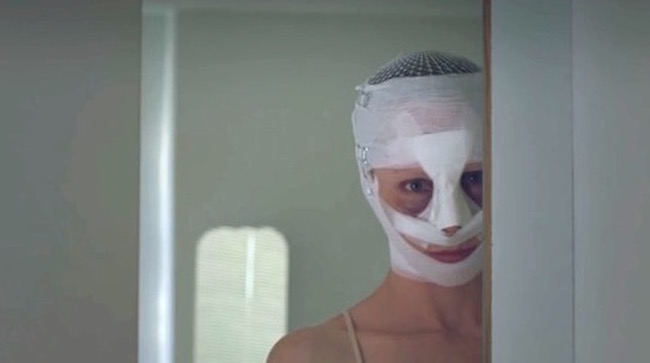 Here’s a sampling of the headlines we’ve seen around the Internet during the last week or so for the trailer Goodnight, Mommy.

Those headlines may sound like clickbait hyperbole, but that doesn’t mean they’re not true. I’ve seen a lot of horror movies and horror movie trailers, and I don’t think I’ve ever seen a trailer as terrifying, as creepy, and as unsettling as the one for Goodnight, Mommy.

The German film tells the story of twin brothers whose mother comes home after cosmetic surgery in bandages, and is no longer the woman she claims to be. In a strange twist, it’s not the twins who are creepy here. It’s the mom.

Reviews out of film festivals have backed up much of the hype in the headlines. Goodnight, Mommy is due in theaters on September 11, when we can find out for ourselves if it’s actually the scariest movie of all-time.

In the meantime, turn on all the lights before you watch the trailer.