Snoop Dogg Will Be Performing At The 2016 Democratic National Convention 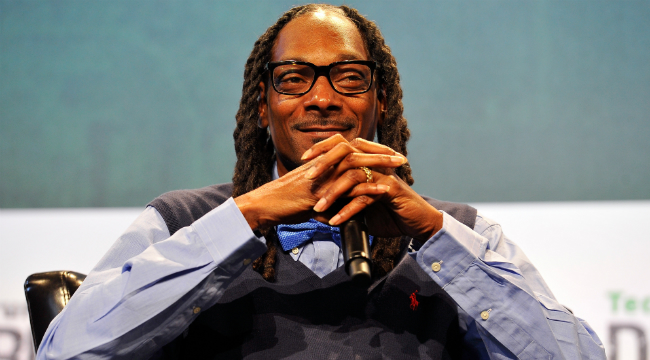 Snoop will be headlining what is being called a “unity party” at the Electric Factory in Philadelphia on July 28. However, the only people who will be uniting that even are Democratic Party donors, as they are the ones who are invited to watch Snoop Dogg, and also Los Lobos, perform. There’s no chance of this turning out awkward at all.

While Snoop Dogg isn’t usually viewed as a political rapper, his persona is mostly that of a good times having, sports loving stoner, he has come out in support of Democratic nominee Hillary Clinton. Speaking on the subject, Snoop said, “But I’ll say that I would love to see a woman in office because I feel like we’re at that stage in life to where we need a perspective other than the male’s train of thought. And just to have a woman speaking from a global perspective as far as representing America, I’d love to see that. So I’ll be voting for Mrs. Clinton.”

It sounds like the Democratic National Convention could be a pretty laid-back affair. Cleveland may have the Cavaliers while Philadelphia has the 76ers, but when it comes to political conventions, Philly looks like they really came out ahead here.