Doxxing and public shaming is a slippery slope. Earlier this year, Dustin wrote a thoughtful piece on the subject, highlighting two women who had their lives effectively ruined after something they posted on social media was taken out of context. I just wanted to put that out there before saying that I reserve no such sympathy for Walter Palmer, the dentist from Minnesota who was discovered to have allegedly killed Cecil the Lion, the star attraction at the Hwange National Park in Zimbabwe.

Not only did Palmer slaughter a rare and majestic creature — something he’s apparently quite fond of doing — but he knowingly killed a beloved animal that would be mourned by thousands, and will probably cost the reserve millions of dollars in tourism. As such, internet retaliation has been swift and effective, starting with online reviews of his dental practice, the reputation of which has now been destroyed on websites like Facebook and Yelp.

Here are just a few examples: 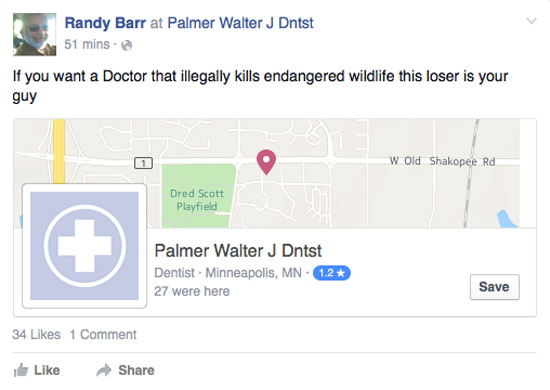 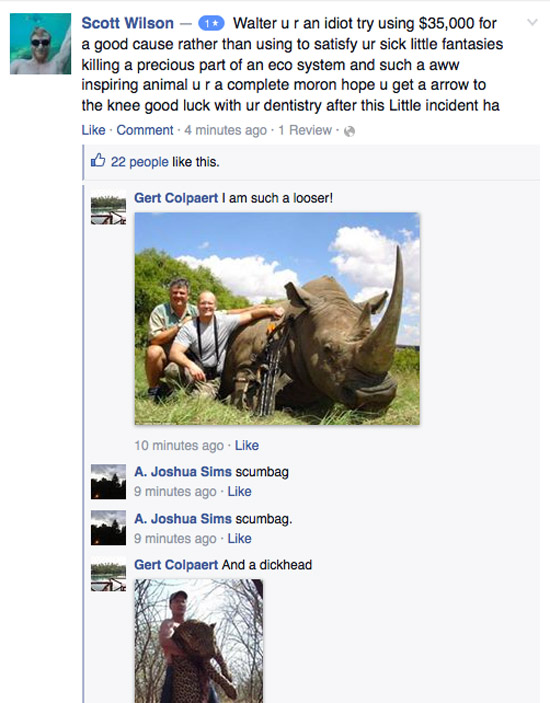 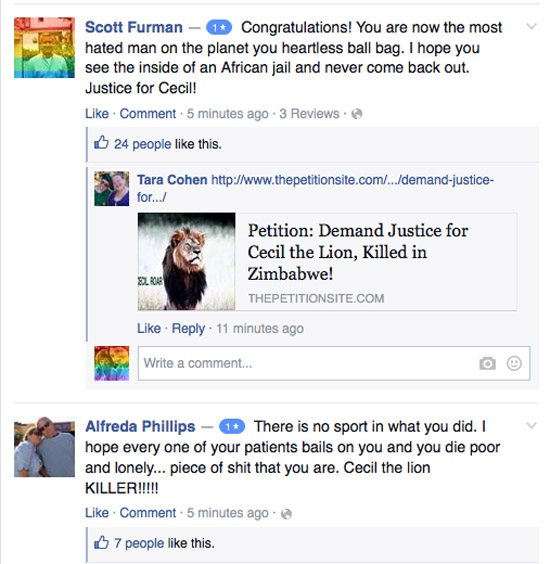 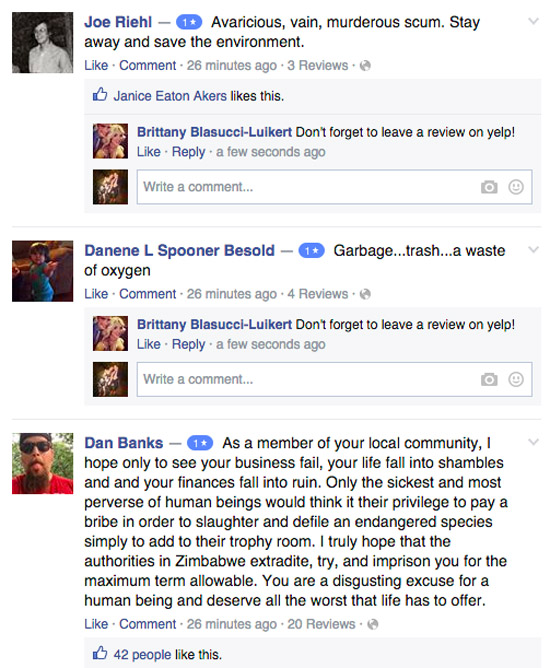 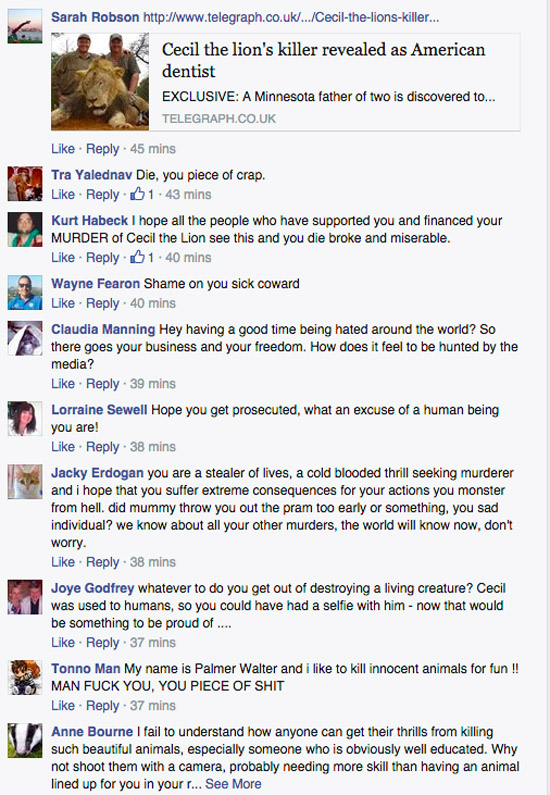 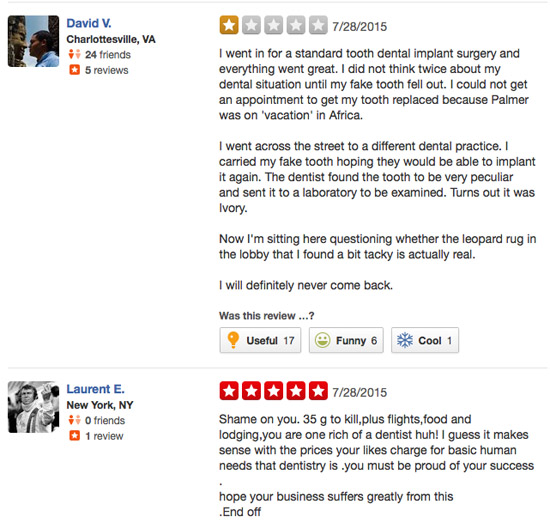 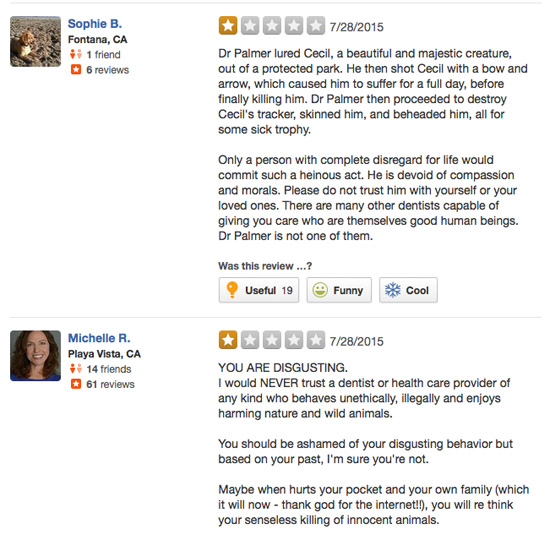 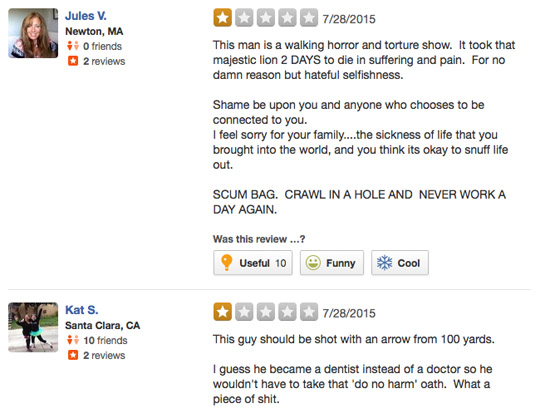 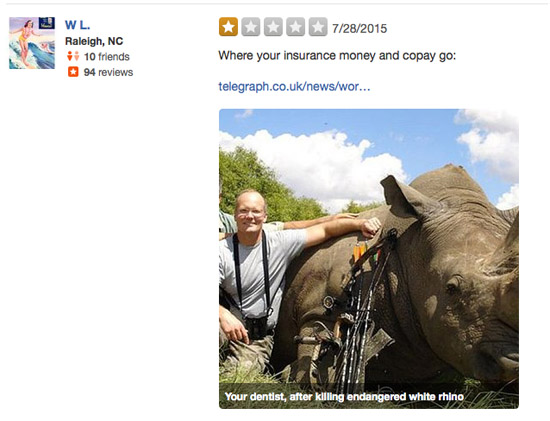 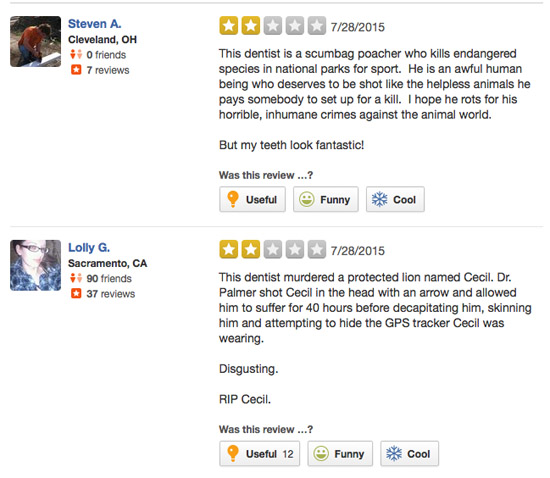 None of this will bring Cecil back, but, at the very least, it looks like Palmer has hunted and killed his last endangered species.