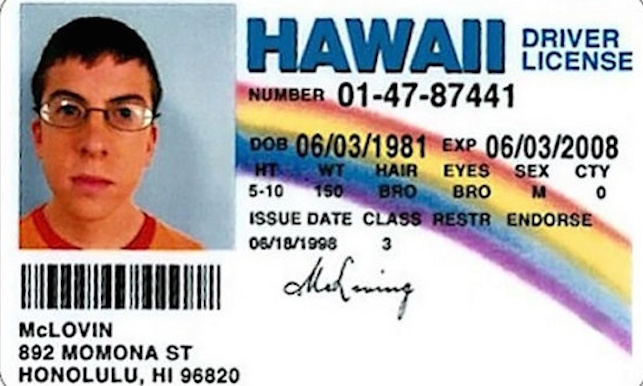 You’re 19, you’re in college, and you want to get turnt on taco Tuesday at your local bar (Go [insert college team here]!). There’s a problem, though: the bar checks IDs. You could wait until you’re 21 or you could try to order a fake ID. No judgment regarding your choice, but here’s a helpful hint—don’t send in a picture of your dog if you’re buying a fake. A crazy scheme might have worked for McLovin’, but it won’t work for you.

This warning isn’t theoretical, either. Someone really did allegedly send in a picture of their dog while trying to purchase a fake on the internet (which is a thing you can apparently do now and means that millennials officially have it better than ’90s kids). The story began yesterday, when a Snapchat screenshot was posted to Reddit with the title “maybe no one will notice.”

Well, that sucks. In fact, it sucks so much (because this person presumably wasted a lot of money), that many people were hoping that the story was fake. Of course, if there’s one thing we know, it’s that human stupidity trumps all else. Despite shouts of “well, that definitely happened,” the poor chump’s boyfriend has now chimed in to say that the ID in the picture is absolutely genuine (if also very, very fake.)

I don’t know what’s worse: making the story up for fake internet points or actually making a mistake like this—which also suggests you’re probably not yet ready for any kind of ID, real or fake. If nothing else, it’ll be a fun story to tell the kids one day and a cautionary tale for all of us trying to make our illegal purchases online.