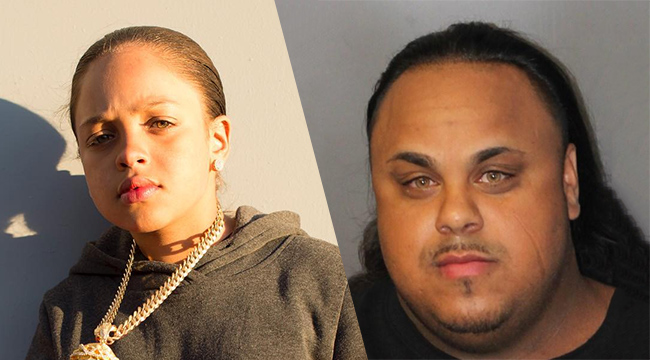 Former Coke Boy Records kid rapper Lil Poopy, made a splash in 2013 with his mixtape, Coke Is Not A Bad Word just suffered a blow after his father was arrested in a massive, 50-person federal raid this week.

Luis “Fat Louis” Rivera was arrested and charged with conspiracy to distribute cocaine and cocaine base. Per the federal indictment, the Feds presented evidence to a grand jury that showed Rivera was in possession of “200 grams or more of a mixture and substance containing a detectable amount of cocaine base.”

Rivera was arraigned on Thursday and pleaded not guilty. He’ll remain in federal custody and will return to court on June 14 for a detention hearing. If found guilty on charges, the 33-year-old Massachusetts man faces a mandatory sentence of 10 years to life in prison.

Son Lil Poopy, who, at nine years old, was a subject of controversy several years ago for being nine years old and rapping about selling bricks of cocaine. Poopy most recently appeared on Jermaine Dupri rap reality show, The Rap Game where he battled against other rap upstarts for a record deal with Dupri’s struggling So So Def. Though his dad is looking at a sentence of 10-years to life if convicted, Poopy appears to be gearing up for a music video of some sort, writing on his Instagram, “6 year career and I’m only 13: Music video coming out soon watch out for that.”