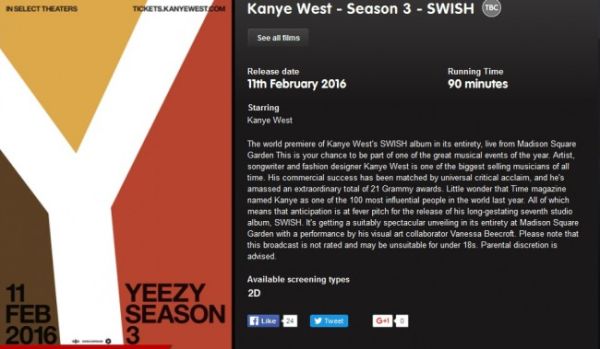 It looks like along with the release of “Swish” Kanye West will premiere “Yeezy Season 3” at Madison Square Garden on February 11th. Tickets will be available January 29th on Ticketmaster. There will be a live stream online for those that can not make it to the show in person. The tweets below hinted at “Yeezy Season 3” being on the way.

I soooo didn't mean to lie to you guys about GOOD FRIDAYS coming back. Kanye flew to Italy for a Yezzy Season 3 fitting.