While most people use the cameras on their phones for blurry photos of their burrito, blurry amateur paparazzi photos of “that guy from Dexter…no, not Dexter, it’s Dexter’s dad…I think he was in The Warriors…whatever, he’s definitely some kind of celebrity,” and blurry videos of Pomeranians in sweaters, David Darg and Bryn Mooser at Ryot just made a breathtaking documentary about Haiti using only an iPhone 6S Plus.

Yes, I just used the word “breathtaking” And yes, a cliché of that caliber has caused great personal shame for me. But embarrassing clichés are the only way to adequately describe this footage: 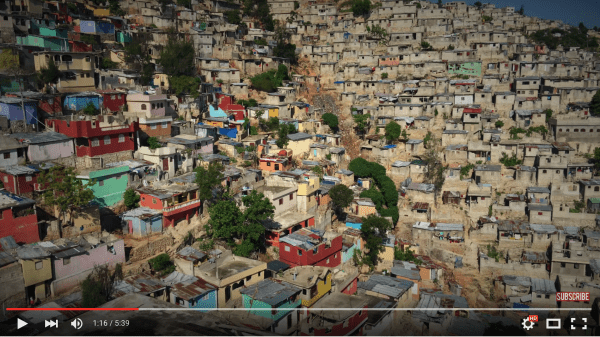 The documentary The Painter of Jalouzi tells the story of Duval Pierre, a local painter who attempts to spread joy to the largest slum in Haiti by attempting to paint the entire town in vibrant colors. And while Darg and Mooser used drones and other gadgets to film the documentary, the filmmakers seemed most impressed by the power of the iPhone 6S Plus’s camera — as they explained in an interview with Tech Crunch:

Apple has done an amazing job with the iPhone 6S Plus — not just with packing a 4K camera into a phone, but where the iPhone 6S Plus really shines is in it’s [sic] ability to capture color. We were blown away at the color accuracy and the image overall. It’s really impressive when the telephone in your pocket can produce images that rival high-end cameras. The iPhone 6S Plus’s footage performed really well in post production, too. It doesn’t seem that long ago that we were stoked by our first camera phone, which shot a tiny pixelated image. We’ve come so far, so fast!

And based on the repetition of “iPhone 6S Plus” it appears these guys are super grateful for their early access to the phone. For more information on how they shot the documentary, and some additional “breathtaking” footage, check out this behind-the-scenes video.