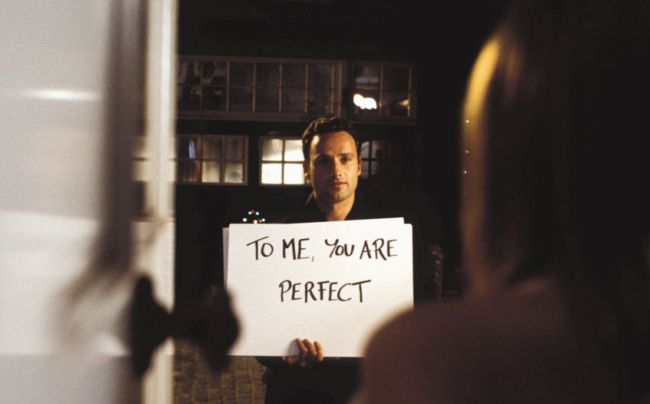 Add this to our list of relationship goals. To let his wife, who suffers from depression, know how much she means to him, a man surprised her with a list of all the things that make her great. Not only that, but he did it in a place that she would look right when she came home from a trip – scrawled on the bedroom mirror. Mic reports that the list, which brought her to tears when she saw it, includes things like “she accepts the crazy person I am” and “she never quits on herself or me.” They might not be the most creative things to come up with, but it’s clear he knows exactly what will resonate the deepest with her.

Here’s the list, which was originally published on Imgur:

If you can’t read the print, here’s what it says:

1. she is my best friend

2. she never quits on herself or me

3. she gives me time to work on my crazy projects

4. she makes me laugh, everyday

6. she accepts the crazy person i am

7. she’s the kindest person i know

8. she’s got a beautiful singing voice

9. she’s gone to a strip club with me

10. she has experienced severe tragedy yet is the most optimistic person about humanity i know

11. she has been fully supportive about my career choices and followed me each time

12. without realizing it, she makes me want to do more for her than i have ever wanted to do for anyone

13. she’s done an amazing job at advancing her career path

15. she snorts when she laughs

The list also gives some insight as to why the Murphy is in such a tough place at the moment. It alludes to personal tragedy, which would be hard on anybody, but especially someone who suffers from depression. It also has some humor to it, though, as apparently one of the reasons this woman is so amazing is that she would go to a strip club with her husband. Hopefully that’s not given too much weight out of all the things that he loves her for, but at least he knows to be thankful for a woman who does that and won’t complain. Even though he has a pretty solid list going thus far, now he has one more thing to add to it: going forward he can include “was smart enough to put a picture of this online so it would go viral” as well.

Along with the list, Murphy posted an essay explaining why it mattered so much to her. You can check that out here.