On a day in which the whole country is mourning the church shooting in Charleston, it’s nice to have a reminder that, as Anne Frank said, “Despite everything… people are really good at heart.”

Like “Free Hugs,” the video “Give What You Can, Take What You Need” offers a window into the sunnier side of the human spirit. Upon seeing a wall covered in bills, passersby were invited to take or leave money at their own discretion. What unfolded won’t shock you — it’s just people being people, which is the best thing about it. Also the song is awesome.

Tyler Bridges, who produced the video for The Toolbox, told us, “The idea came from a conversation I had with a few friends on generosity and the contagious effect that giving has. It was really inspiring to see people from all walks of life get excited about the board. We even had a woman in a wedding dress participate.”

Bridges hopes that the project will take off in other cities and more people will get involved in the flow of giving, receiving, and gratitude. 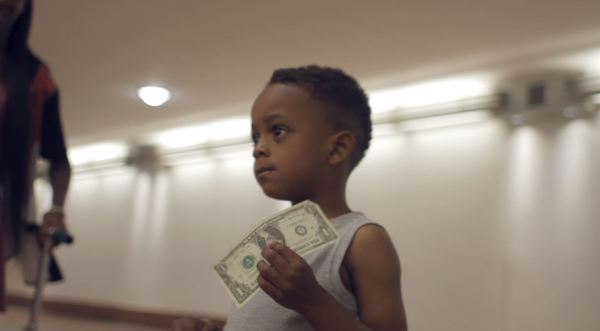