While we still aren’t sure what we will see in the upcoming Mortal Kombat movie, we have a feeling we know what we won’t: the game’s most sickening and shocking fatalities. Each one of these would make even seasoned Game of Thrones veterans cringe, and couldn’t possibly grace the silver screen without surpassing garnering an NC-17 rating (which director Simon McQouid told us was a challenge). In celebration of the movie hitting both theaters and HBO Max later this week, here’s a look at five of the most grisly finishing moves in the latest entry of the Mortal Kombat series, Mortal Kombat 11 Ultimate. 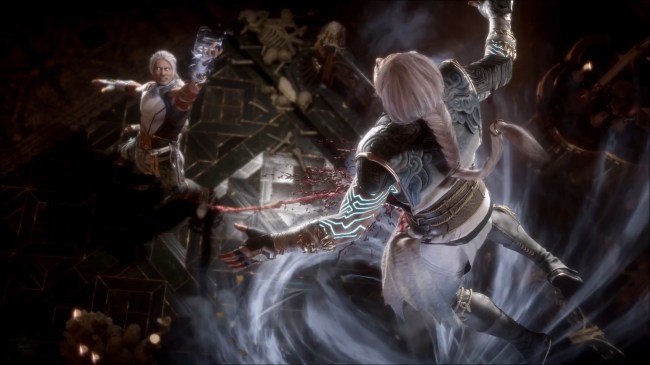 In Fujin’s “Twisted Twister,” Raiden’s younger brother proves why he is the God of the Wind and a disgustingly brutal character. After disemboweling his enemy, Fujin steps on their intestines — anchoring them down for this next bit — then levitates them upwards with a gust of wind. After their opponent is airborne, he twirls them around, wrapping them in their own entrails before slamming them down into the ground in a gory explosion. While Fujin might be a bit pretty, this fatality sure is not. 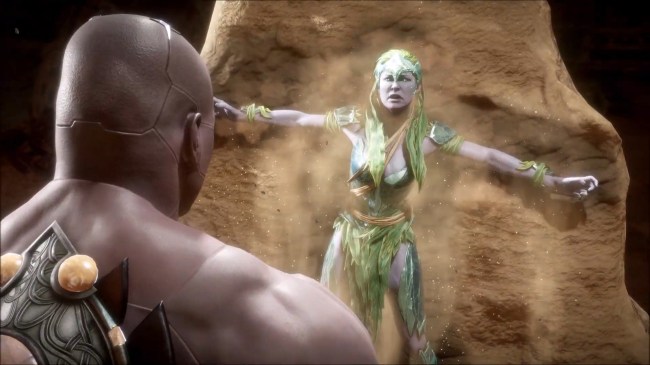 The name of this fatality tells you exactly what to expect, and if the image you conjure up has you squirming, I’d advise you to not Google this one. Geras is a new face in the Mortal Kombat series, serving alongside Kronika’s loyal servant in her evil doing. In this fatality, Geras pins his opponent to a slab of rock before grabbing their arm, ripping off the skin, and, well, peeling it back, exposing all of the character’s innards. It’s gross, gory, and a hell of a way to introduce a new character. 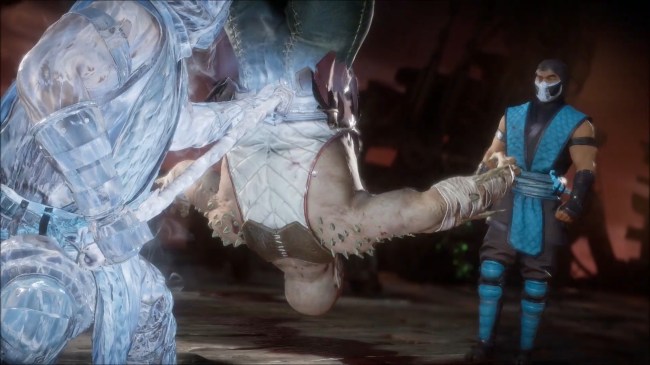 While Sub-Zero’s rival, Scorpion, doesn’t make the cut this time around, the icy icon firmly solidifies himself on this list with “Frozen in Time.” In this move, Sub-Zero takes advantage of his ability to create ice clones and forms one to ram his opponent into. After impaling his enemy on his clone’s spear, Sub-Zero thrusts his hand into his opponent’s chest, grabs ahold of their spine, and tears it out until their head pops off along with it. For good measure, Sub-Zero then uses said spine as a whip, and throws the detached head onto the icy spear as well, causing a splash of gore complete with eyeball. There’s a reason Sub-Zero’s been around so long in the Mortal Kombat series, and it’s not because he’s a chill guy. 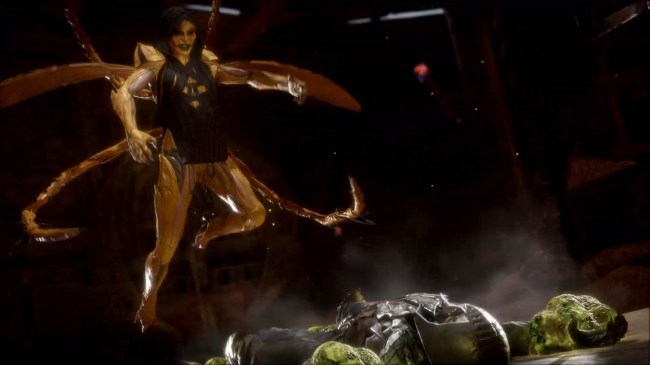 Remember that “Peeling Back” fatality I mentioned a little bit ago? This one is pretty similar and debatably worse, though to be honest it’s really difficult comparing all of these. While both of D’Vorah’s fatalities are pretty rough to watch, this one involves D’Vorah pinning down her opponent with a thick, green ooze before using her ovipositors to split them in half. To add insult to (fatal) injury, green bugs then fly out of the body, which is now flapping with exposed organs. Seeing as she comes from an insectoid race, it’s no surprise D’Vorah comes with plenty of ick, but it still is a lot to take in. 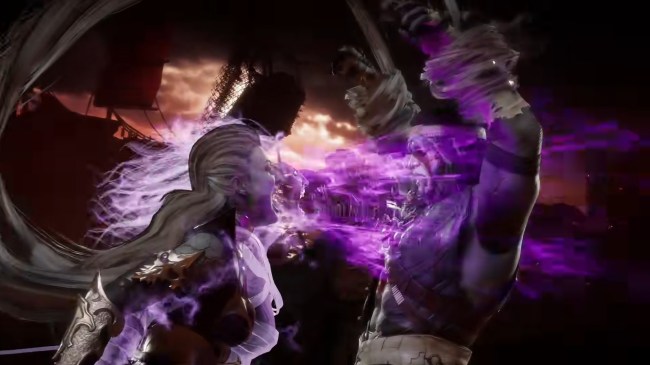 I truly did not know which of Sindel’s fatalities should make this list because both were pretty revolting, which is funny considering she is one of the game’s more benevolent and graceful characters. In Sindel’s fatality “Scream Queen,” she first knocks her opponent backwards before hoisting them up with her long locks. After they’re in position, Sindel shrieks at the character until their skin literally rips off their body, followed quickly by their lower half. In “Hair Today Gone Tomorrow” — a pun that sounds straight from Bob’s Burgers, if we’re being honest — Sindel forces her hair down her enemy’s throat. It then reemerges through the victim’s stomach before gouging out their eyes and digging into various parts of their body. She then uses he hair to pull her opponent apart, reduces them to a shredded mess. Cheery, right?

Only time will tell if any of these fatalities sneak their way into theaters, but given the studio decided not to go with an NC-17 rating for the movie, (though they were extremely close!) we’re thinking there’s no possible way these gore-filled finishers will make an appearance.