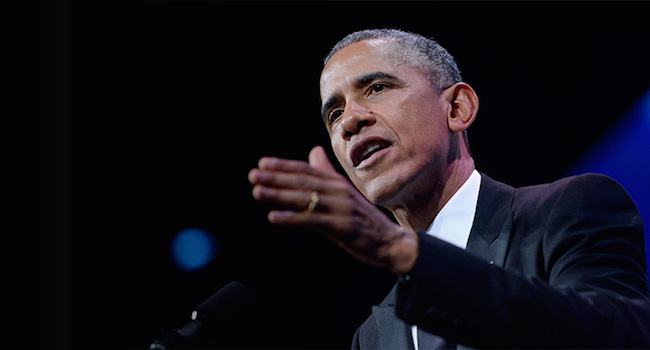 In a move that will undoubtedly infuriate at least some of your relatives on Facebook, President Obama cut an important press conference short so he could go see Star Wars: The Force Awakens. But don’t let the headlines fool you: The Leader of the Free world wasn’t just kicking back in his own private theater to enjoy some “Star Wars & Chill” with the first lady. He actually watched the film with children whose family members had tragically lost their lives during the Iraq War.

From The Hollywood Reporter:

Indeed, the White House was hosting a screening of the movie in the WH private theater, with First Lady Michele Obama greeting children of Gold Star families, an organization founded in 2005 by individuals who lost family members in the Iraq War. The screening is part of the Joining Forces initiative, which has received strong support from Star Wars‘ new director, J.J. Abrams.

Not a bad reason to get to end a press conference to get to a movie. Especially considering how unfortunate the events surrounding the president’s last few press conferences were. This is a nice change of pace. And the Joining Forces Initiative has done a lot of great work recently.

There is a chance, however, that our current administration is on the dark side, as evidenced by the presence of two stormtroopers keeping the press at bay:

No word yet on whether Obama liked the film. But you can bet his review will make even more headlines.