Beyond The Multiplex: It’s Only Human Nature In ‘Experimenter’ And ‘The Assassin’ 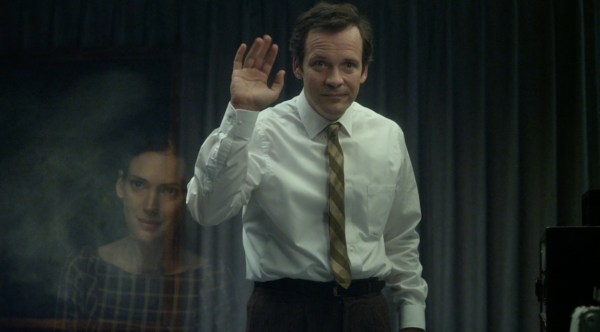 Peter Sarsgaard is capable of playing a wide range of characters, but there’s an expression all those characters share. It’s equal parts pity and exhaustion. It’s strong and distinctive enough to suggest they all look at life the same way. Their hooded eyes and patient temperaments hint at a hard-earned wisdom that’s made them sad, but accepting of life’s frequent awfulness — even when they’re responsible for those that awfulness. You can see it best in Garden State, when Sarsgaard, caught stealing from a corpse, gives Zach Braff’s character a look that says, “I know you’re disappointed in me. I’m disappointed in me, too. But this is the way things are, and you’re better off knowing that than not.”

That look can suggest kindness or villainousness, depending on the context. It can also occasionally suggest a clinical distance, as it does in Experimenter: The Stanley Milgram Story, Michael Almereyda’s unconventional biopic of the famous social psychologist. Experimenter opens with a depiction of the early ’60s study that made Milgram famous (and his name synonymous with “disturbing implications.”) Two men (Anthony Edwards and Jim Gaffigan) participate in a study in which one will assume the role of “teacher” and the other of “learner.”

When Gaffigan, the learner, seated unseen in the next room, delivers an incorrect answer to a memorization test, Edwards is charged with administering a series of increasingly powerful electric shocks. The stated goal is to study the effects of punishment on learning. But it’s a rigged game: Gaffigan plays a plant who’s in on the experiment. The real goal is to see how far one person will go in hurting another simply because someone in authority says it must be done. Like most, Edwards’ character sweats and asks if what he’s doing is really necessary. Then he goes all the way with it.

Almereyda — best known for the moody vampire film Nadja and his contemporary, Ethan Hawke-starring Hamlet — lets Sarsgaard’s Milgram explain himself, his methods, and his conclusions by directly addressing the camera. It’s an unusual approach that pays off. His informed, professorial approach clearly conveys the substance of his work while also revealing his character and the ways in which his past informs his choices. It’s mere chance, he notes, that his family immigrated to America, sparing him from the death camps. Yet, in America, he finds the same willingness to go along with those in command, no matter how immoral their demands. Adolf Eichmann’s execution, the film pauses to note, took place four days after the conclusion of Milgram’s experiment. Throughout his trial, he claimed he was only a “transmitter” for others’ orders.

Almereyda smartly keeps the focus on the work. Milgram, at least by all evidence in Experimenter, lived a quiet, happy existence with his smart, devoted wife Sasha (played here by Winona Ryder) and their children. Drama came in the form of others’ reaction to his work, particularly those who rushed to dismiss conclusions that, in Milgram’s own words, were “terrifying and depressing.” Sarsgaard plays him as a man who’s walked into the heart of darkness and returned haunted by a better understanding of how the world works. He’s, in other words, the quintessential Peter Sarsgaard character. 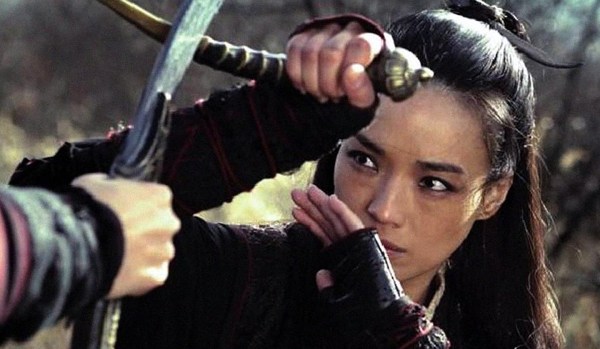 Oddly enough, there’s a Milgram-friendly moral dilemma at the heart of the otherwise wildly dissimilar Taiwanese film The Assassin. Set in China’s 9th century Tang Dynasty, The Assassin stars Shu Qi as Nie Yinniang, a woman whose family, compelled by political necessity, gave her up to her aunt Jiaxin, a pitiless “princess nun” (Fang-Yi Sheun). As the film opens, she’s grown skilled her in the arts of assassination under Jiaxin’s tutelage. “Cut him down for me, expertly, like a bird in flight,” Jiaxin tells Yinniang of a man she’s deemed too immoral to live in the film’s first scene. She does, without a second thought.

Later, however, it’s the second thoughts that cause her problems. Unwilling to kill a target in the presence of his son, she’s punished by Jiaxin with an even more troubling mission: Killing her own cousin.

Factor in sorcery and palace intrigue and you have all the traditional elements of a wuxia, the genre concerning the heroes and villains of China’s past. But The Assassin is anything but traditional. Seven years in the making, it’s the work of the exacting director Hou Hsiao-hsien (Millennium Mambo, Flight of the Red Balloon), famed for his long takes, meditative tone, deliberate camerawork, and richly realized worlds. He doesn’t change much to meet the demands of the genre. The combat scenes are rousing and exquisitely choreographed, but they’re also sparsely distributed. Hou doesn’t ignore action, but he’s just as interested in what his characters do between fights, and finds ways to communicate their thoughts by holding on them as they sit in rooms and consider what they’ve done and what to do next. (Hou uses dialogue sparingly, too; the ratio of cricket noises-to-words on the soundtrack tilts heavily toward the crickets.)

Stylistically, it’s far removed from, say, Crouching Tiger, Hidden Dragon with its brisk pace and sweeping canvas. Yet, thematically, the films have quite a bit in common. Like Ang Lee’s tortured heroes, Yinniang uses swordplay to express emotions she can’t bring herself to say out loud. There’s also a fundamental skepticism about the values of the genre itself. Does honor matter if it comes at the cost of morality and happiness? Can violence solve anything? Late in the film, when other wuxia might start building toward a climactic bloodbath, Hou lets his camera linger on the image of a goat in a pen. The choice would seem perverse if it didn’t seem perfect.