The Films Of The ‘Fast & Furious’ Franchise, Ranked From Best To Worst 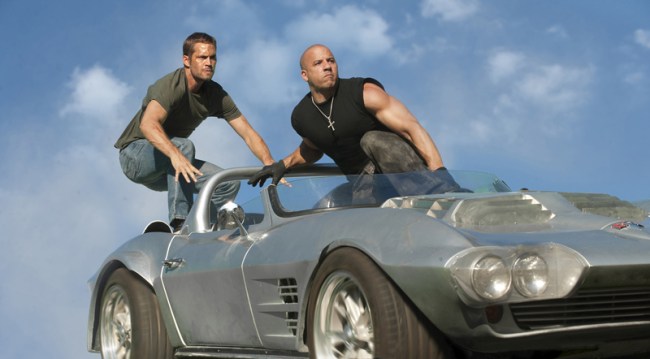 Furious 7 careens into theaters in less than two weeks. We’ve broken down the trailer, and reviewed the film, and pointed out that the Japanese title is Wild Speed: Sky Mission. We have this covered.

Sadly, there’s not too much more we can do with Furious 7 until it opens. What we can do, however, is take a look back at the movies that got us to this point and argue like children over a pointless and subjective ranking. It’s one of our country’s greatest and most storied traditions, along with — fittingly enough — huge adrenaline-rush action films that are released when it starts getting warmer outside and occasionally star Vin Diesel and/or The Rock. Yes, let’s do this. Let’s rank the Fast & Furious films. It’s what the Founding Fathers would have wanted.

An incomplete list of things that happen in Fast Five:

The sixth film in the franchise did a couple important things. First, it did away once and for all with the pretense that these are movies about street racing and just threw all the biggest, dumbest, greatest action it could at the audience for 130 minutes. Fancy British bad guy doing heists to try to acquire a device that will disable an entire power grid so he can sell it on the black market to the highest bidder? Sure. Tank bursting out of a larger vehicle and destroying dozens of cars on the highway (and presumably killing all of their occupants)? Yup. Hilarious scene at the end where the gang chases a plane down the longest runway in the world, and Vin Diesel escapes by driving a car through the nose of the crashing, exploding plane at the last possible moment? Obviously.

Second, and of equal importance, it answered the age-old question: “What if The Rock and Vin Diesel were friiiiiiieeeeeeends?” What a delightful film.

3. The Fast and the Furious

I’ve made this point before, but I think it bears repeating. In hindsight, the first Fast & Furious film (Fast & Furious: Original Flavor, if you will), is almost kind of quaint. Vin Diesel runs a lunch counter and feuds with a local gang about stolen DVD players. That’s kind of it. Contrast that with the Super Bowl commercial for Furious 7, in which he drives a million-dollar luxury sports car through the air from one Dubai skyscraper to another while one of the world’s most notorious criminals fires some sort of exploding artillery at him.

I imagine while that was happening, while a tuxedo-clad Dominic Toretto was soaring like an eagle through the Arabian sky, he thought back on just how far he came from those early days. I mean, DVD players. And street racing against Ja Rule for a few thousand dollars. I bet they all laugh about that now.

4. The Fast and the Furious: Tokyo Drift

I realize some of you might think it’s insane to put Tokyo Drift fourth. It is a film that has none of the big-name cast of the others, focuses on angsty teens in a Tokyo high school, co-stars Bow Wow as a character named Twinkie, and forced the films that came after it to do a chronological lambada to make sense of everything. (Reminder: The chronological order of the series is 1, 2, 4, 5, 6, 3, 7, because why wouldn’t a big silly action series about neon Hondas feature a more complicated timeline than The Godfather: Part II?) But I almost — almost — put it third, so…

Look, Tokyo Drift has flaws. I’ll give you that. The acting is, uh … everyone tries very hard. But it is highly re-watchable, and it introduces us to a character named “Han Seoul-Oh” who has a Brad Pitt-like habit of snacking throughout the film and who somehow ends up becoming an integral part of the franchise, and it ends with the douchey teenage nephew of a Yakuza boss heaving himself and his car off a mountain during a street race to determine which character has to leave Tokyo forever. You could do a lot worse.

Still more than you can say for most movies.

One thing Fast & Furious does have going for it, though, is that it is very fun to imagine the meeting they must have had at the studio after it came out.

STUDIO EXEC 1: This was… good. It was good. But where can we go from here?

A foolproof plan for any franchise.