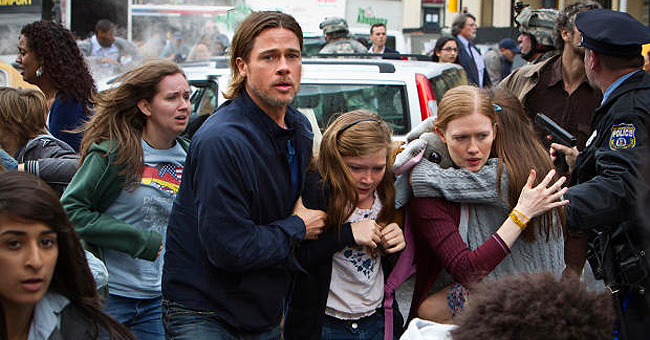 Word on the street is World War Z will be getting a sequel. Based on the Max Brooks novel of the same name, the 2013 zombie-disaster film achieved box office success by following Brad Pitt into the sh*t. Back in May we reported screenwriter Steven Knight has been hired to pen the sequel. Knight spoke with Indiewire about the project and says they’ll be wiping the previously muddled slate clean with the new story.

He’s writing the treatment for the sequel for Brad Pitt’s Plan B’s “World War Z,” which is set to shoot in October for 2016 release. “I thought, ‘why not? What fun.’ It’s not quite like the other, we’re starting with clean slate. When they’ve signed off we’re on.” (Via)

Steven Knight has had a pretty great run in recent years what with his work on Cronenberg’s Eastern Promises, BBC’s Peaky Blinders and last year’s Locke. Look, it’s clear we have hit peak saturation levels with zombies on the big and small screen but adding Knight to the equation with the promise of a fresh start may be exactly what we’d need for World War Z 2.

I have just one request: less CG zombies, please!