Will Beck Get His ‘Mellow Gold’ Groove Back On His Upcoming Album? 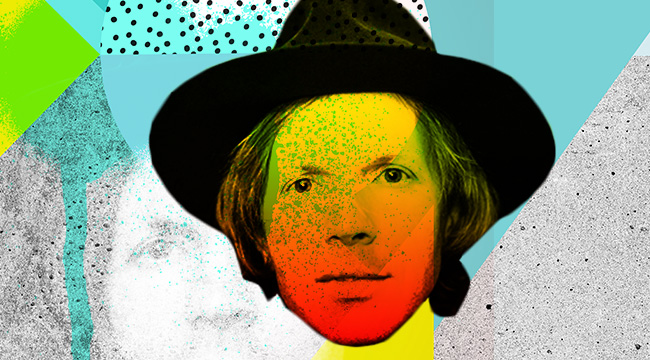 While we still don’t have a title, we can say that barring any unforeseen developments, Beck will be releasing a new album in 2016. The follow-up to the Grammy-winning Morning Phase is scheduled to be released on October 21, and to whet fans’ appetites, two singles have already been released from the album thus far: “Wow” and “Dreams.” What both of these songs — “Wow” in particular — have in common, is a low-fi easy-going vibe that wouldn’t have seemed out of place on Mellow Gold. This begs an intriguing question: will Beck’s new album find him going back to the roots of his earliest work?

In recent years, Beck’s albums have tended to share some similarities to his older works. Guero and The Information both had a vibe similar to Odelay, which is as close as you can get to creating a “quintessential Beck sound” when discussing someone who dips his toes into nearly every musical genre. Then, with Morning Phase, he returned to the folkish vibe of Sea Change, reminding us that while Beck isn’t always a folkie, when he wants to be, he’s one of the best ones around. You get the feeling that after years of seemingly exploring a new genre on every album, Beck is finally settling into his various comfort zones. Ordinarily, this would be an underwhelming development, but Beck’s work is so consistently good — and he knows himself so well — that the thought of Beck revisiting the albums that made him so beloved in the first place is something worth getting excited about.

One album that Beck hasn’t really attempted to re-explore is his major label debut, Mellow Gold. You can see why; it’s a great record, but it’s also so off-the-cuff and free-associative. It can’t help but feel like a spur-of-the-moment sort of album, and trying to go back to it would seem like an endeavor destined to be fruitless. At least, it would feel that way until you listen to “Wow,” a quirky, off the wall bit of psychedelia and hip-hop. It’s simultaneously hypnotic and invigorating, sort of like how it felt to listen to “Beercan” or “F***in’ with My Head (Mountain Dew Rock)” for the first time. When music is this off-the-wall and intriguing, it doesn’t even feel like a retread, even if Beck is obviously drawing influence from his earlier work.

As for “Dreams,” the other new Beck single, you can hear some Mellow Gold in there, too, but a more apt comparison might be Beck’s 1999 album Midnite Vultures, the surprising funk album that stands out as a stunning experiment even in a discography full of them. This is an even more interesting development; if one album in Beck’s catalog feels like a one-off, Midnite Vultures would be it. He makes an intriguing, memorable funk record, but it seems like the kind of thing he just did because he was at a stage in his career where he was willing to try anything once, and his muse didn’t seem to take him in the funk direction too often. This suggests he might be going back to that well. The idea that he would make an entire album in the mold of Midnite Vultures is rather unlikely, but if he’s adding a little bit of that album’s vibe to the gumbo this time around, it’s certainly an interesting development.

With only two tracks released, we can’t say for sure what Beck’s new album will sound like, but the vibe indicated by “Wow” and “Dreams” tells us Beck is looking back to the album that introduced us to him, while also giving a second-look at the biggest outlier in his catalog. With any other artist, the thought of “oh, this is gonna sound like his old stuff” would be disappointing, but Beck’s old stuff is so original — and so good! — that an album with a sound that might be described as Mellow Vultures … or Midnite Gold if you prefer… might go down as one of the best albums of the year. After confirming his folk bonafides with Morning Phase, Beck is going back to his unabashedly fun side, and the resulting album has the potential to be spectacular.