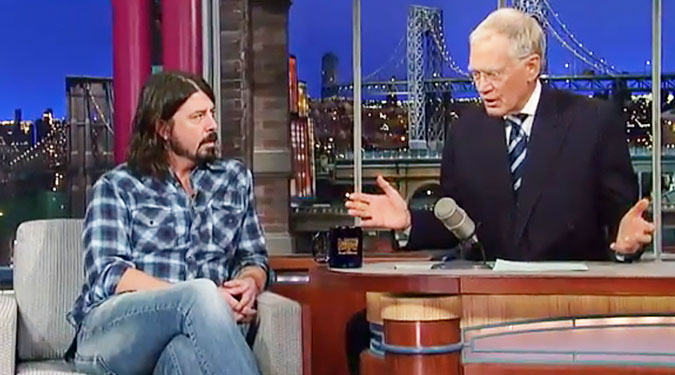 As a personal favorite of David Letterman’s, Foo Fighters will have the honor of closing out Letterman’s tenure as host of The Late Show, according to Rolling Stone.

This is far from the first time Foo Fighters have appeared on The Late Show. The band first appeared in 1995 for a rendition of “This Is A Call,” but their epic performance of “Everlong” for Letterman’s return from quintuple bypass surgery in 2000 kicked off the special relationship between the band and host.

As Letterman said, it was “my favorite band playing my favorite song.”

In November last year, Foo Fighters hung around Letterman’s show for an entire week for the release of 2014’s Sonic Highways. Their performance of “Miracle” had special significance to Letterman, as he explains how the song helped forge a bond with his 4-year-old son.

Given the long, touching history between Letterman and Foo Fighters, Wednesday’s closing performance has the makings of something special.