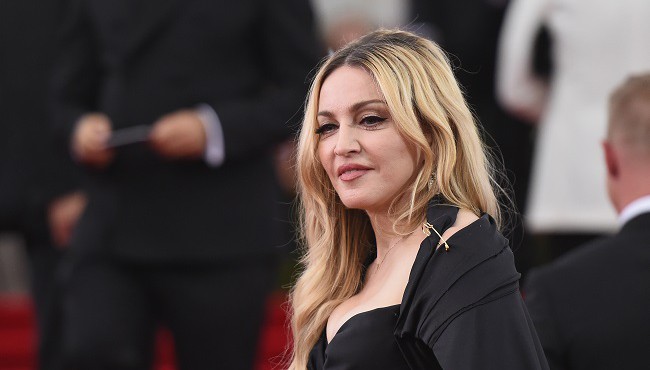 Not that anyone thought she was slowing down, but Madonna rang in her 57th birthday last Saturday night at a roudy get-together in the Hamptons that got so loud that, according to TMZ, the cops were called when houses nearby actually began to shake. Would we expect anything less from Madonna? She wasn’t going to throw a low-key tea party. Not this AARP member. No, siree.

When the cops arrived, they never even saw Madonna, which must have been such a ripoff. They never saw her, because Madge must have been tipped off that the fuzz were on their way and shut down the sound before they arrived. After they left, however, the party continued into the wee hours of the morning.

There doesn’t seem to be any accounts of the noise being loud enough to disrupt the sound barrier nor the space-time continuum, but I would imagine that any party thrown by Madonna was meant to reiterate that she is refusing to allow herself to age or die and rendering herself invincible by absorbing as many sound waves as possible. I’m guessing a few people walked away from this party with bleeding ears and some gigantic headaches, but at least they got to make sure that Madonna lived forever. Better than a goody bag.

But what I’m confused about is that the cops who showed up were not strippers. It’s making me wonder if Madonna is losing her mojo, and who is going to be sacrificed for that?