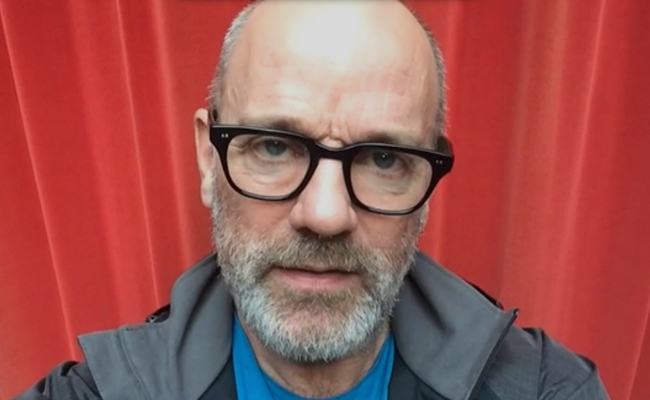 Michael Stipe was the vocalist of alternative rock band R.E.M., a group that probably no one born after 1990 knows or cares about. However, for the youths who are unaware: R.E.M. was an oftentimes very good group from Athens, Ga., who broke up in 2011 after a 31-year career. They were also very political, as led by their left-leaning politics.

It goes without saying that Stipe probably has an opinion or two about Indiana’s newly passed Religious Freedom Restoration Act (RFRA), which GOP Governor Mike Pence recently signed (for those unaware, the RFRA could allow businesses to discriminate against LGBT individuals on religious grounds). Thanks to his Tumblr, Stipe was able to make a very distilled version of those thoughts public in a 10-second video called, “Confession of a Michael Stipe,” in which he said:

“Indiana and people of Indiana, I love you. Indiana Governor Mike Pence, no *shakes head*. Go f*ck yourself.”

While Stipe didn’t say that he’d refrain from performing in the state until the legislation was repealed or clarified, it should be assumed, especially because he rarely performs anymore. Wilco vocalist Jeff Tweedy recently cancelled a gig the group had in Indianapolis because of the legislation, and he promised not to perform in the state until the state rolls back the RFRA. Tweedy’s and Stipe’s concerns are a part of a growing backlash against the law, which even Indianapolis’ conservative mayor says needs to make LGBT individuals a protected class.