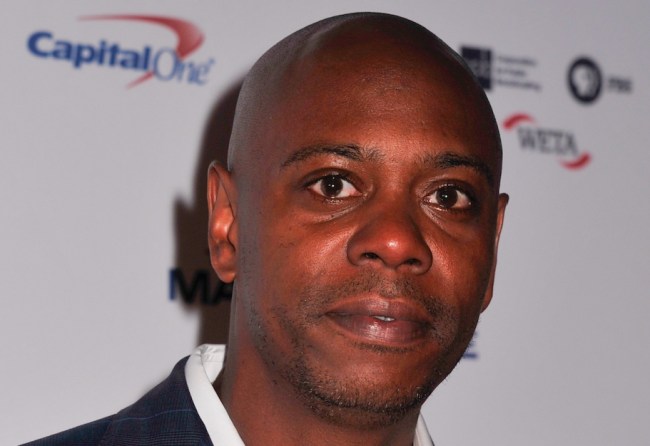 Radiohead is one of the most enigmatic bands in music, but if anybody in comedy can match them for inscrutability it’s Dave Chappelle. As such, perhaps it is fitting that Chappelle allegedly recently sang a little Radiohead, namely their breakout hit “Creep,” at a strip club in Portland.

All of this, alleged though it may be, makes more sense when you dive into the details. Chappelle was in Portland recently to do four standup shows. Additionally, there is a strip club in Portland called Devil’s Point, which proclaims itself a “rock ‘n’ roll strip club,” that has karaoke nights. According to an intrepid reporter on Reddit called Peaches666, Chappelle was at said strip club to partake in a little karaoke. Although, given that he is Dave Chappelle, even if this wasn’t a regular thing at Devil’s Point they probably would let him sing all the Radiohead he wanted.

In addition to trotting out “Creep,” Chappelle also reportedly serenaded the gathered crowd with his versions of the Fugees’ “Killing Me Softly” and The Police’s “Roxanne.” According to The New York Daily News, this isn’t Chappelle’s first public foray into singing “Creep,” as he reportedly did it at Erykah Badu’s birthday party as well.

So, if you’ve ever wondered what Chappelle would sing if he did karaoke, now you know. Also, Peaches666 did not end the reporting there, also informing us that Chappelle is a “really nice guy” who “Let me bum a cigarette.” Dave Chappelle is, clearly, so f*cking special.