Schoolboy Q apparently can’t go to Delaware anymore after finding himself in a beef with a local rapper stemming from a years-old verse of his that he says was used without permission. HotNewHipHop reports that when Instagram account @bmagic302 posted an old video of Schoolboy discussing the situation with Charlmagne Tha God, Q’s own comments were bombarded by angry commenters from the Blue Hen State, prompting his team to delete a post and him to respond to @bmagic302 with some dismissive comments of his own.

@bmagic302, who is also a rapper, then released a diss song called “ScHoolgirl Q,” which prompted Q to not only follow @bmagic302 but trade barbs with him in the DMs, which @bmagic302 was only too happy to share, despite the screenshots not exactly helping his case. Q not only offers to post the diss song to give it more traction, he challenges his foe to cultivate a following of more than 2500 — a feat @bmagic302 has yet to accomplish as of this writing. While rappers starting beef can be an effective promotional tactics at times, the last year should have proved that shenanigans generate far less engagement at this point than interesting, enjoyable, creative music.

Wilmington Delaware Native @Bmagic302 claps back at @GroovyQ after his Delaware remark. @1kingbias on the beat #Team302

As far as not being able to visit the First State anymore, it doesn’t look like Q is sweating it: “I sold millions of records without going to Delaware,” he reported. “Nobody goes to Delaware… we go to Philly.” Check out the conversation between the two rappers below. 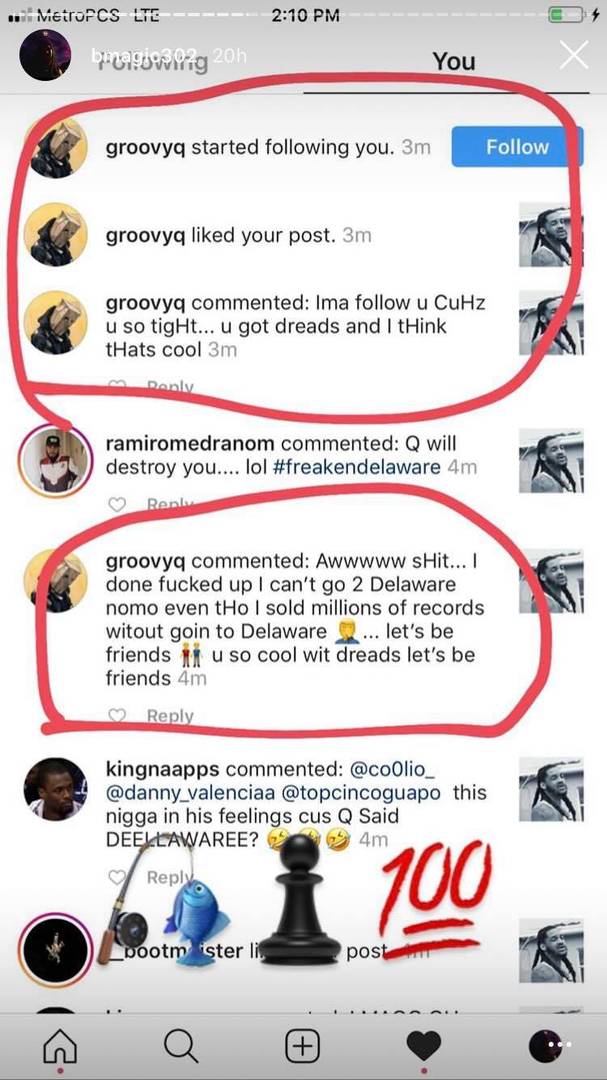 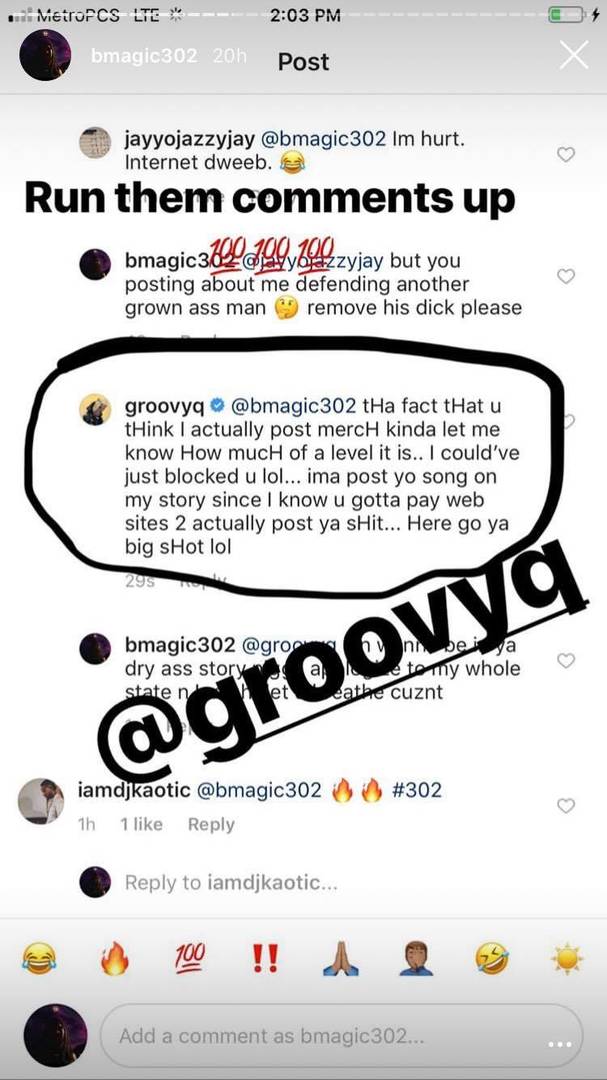 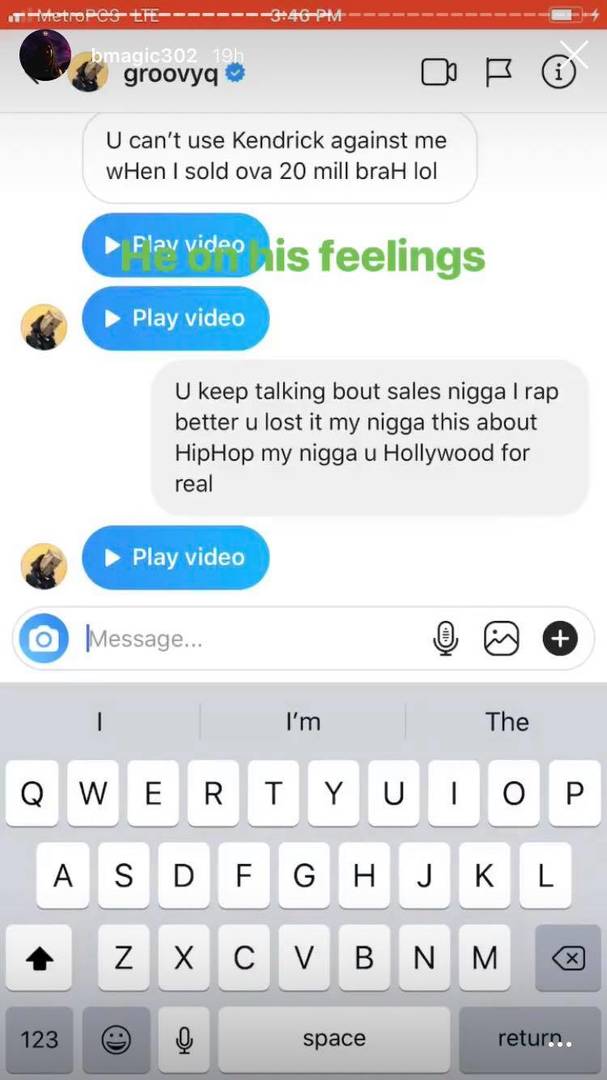 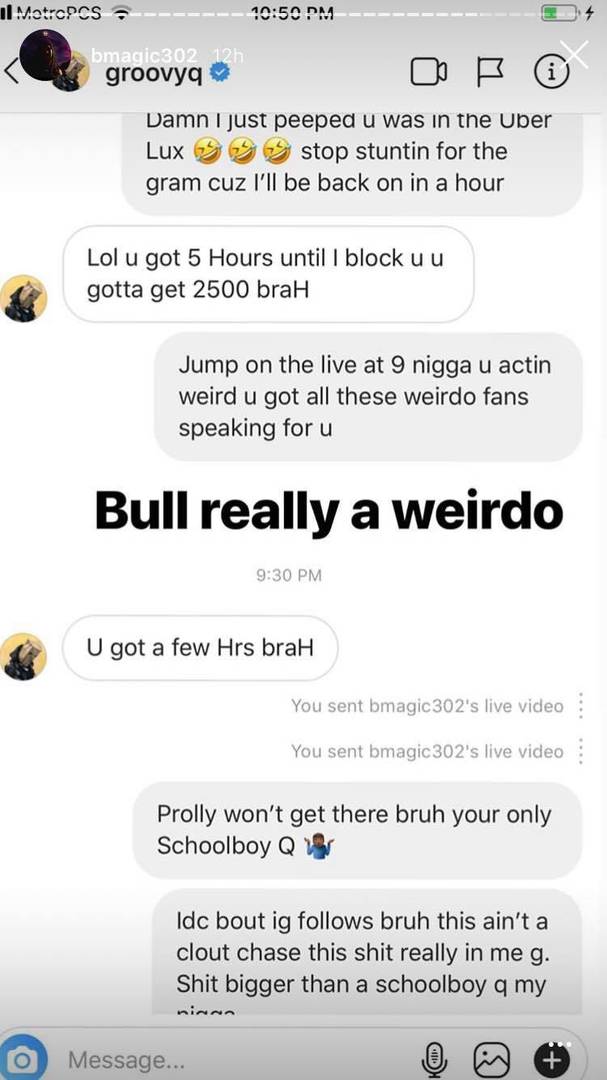 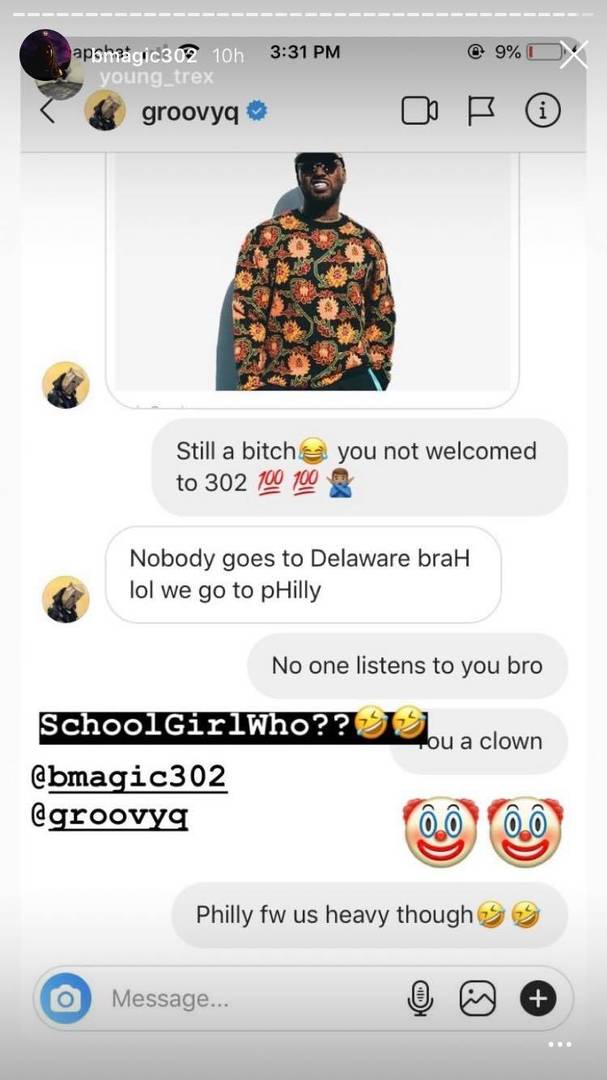