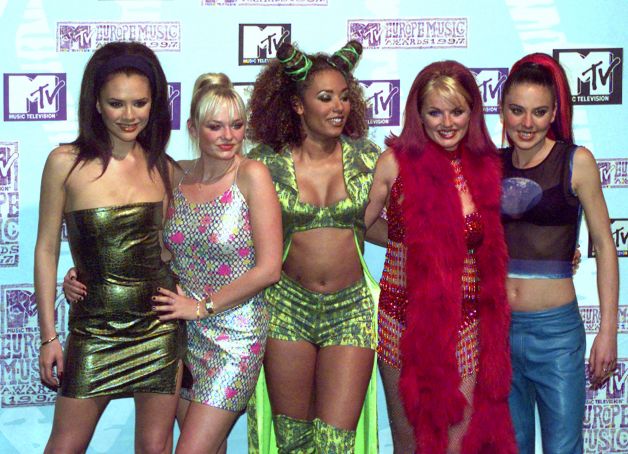 Earlier this month, Scary Spice (also known as Mel B, also known as Melanie Brown, if you want to get boring about it) hinted to Billboard that a Spice Girls reunion might be in the cards for 2016. Next year would mark the 20th anniversary of the British girl group’s total world domination. “Potentially, yeah,” she told the outlet. “Once we sort everything out, we make an announcement, but right now we’re just figuring it all out. Next year is our 20th anniversary, so we’re really just trying to make sure something happens.”

This week, Scary, knowing the universe at large is hungry for more Spice, again fanned the flames during an extremely British-sounding event called “Alan Carr’s Chatty Man New Year’s Eve Spectacular.” (I don’t know what this is, but I already know that it’s my favorite show.) According to The Mirror, the singer told an exuberant crowd, “I think I’m the one putting all the rumors out there.” (Well, yes, it was quite literally you who said that thing to Billboard two weeks ago.) “To be serious, it is our 20th anniversary this year,” she added, “and it would be rude not to celebrate, so hopefully something will be happening pretty soon.”

Though this is all still extremely vague — replete with typical celebrity qualifiers like “something,” “hopefully,” and “pretty soon” — it would appear that there will be some kind of Spice Girls reunion in the New Year, whether it’s a concert, a tour, an album, or a Vine of all of the Spice Girls waving goodbye as they board a plane to Dubai, where they will be encased in plastic and installed as a permanent exhibit at the airport. It would be rude to endlessly and opaquely hint at it, otherwise.

However, The Mirror adds, there are a few factors that might be threatening the Spice Girls Reunion That We All Deserve, Goddammit. Apparently, the tour that may or may not exist may or may not be “in crisis,” as Posh Spice (also known as Victoria Beckham) “is too busy focusing on her fashion empire and is NOT a fan of performing live.” And Sporty Spice (also known as Mel C, also known as Melanie Chisholm, why do these women have so many names) will “only sign on the dotted line if all the cogs are in place.” Posh Spice, who counts as a cog, is not in place.