After 30 Seasons, ‘Survivor’ Remains The Most Resilient Reality Competition On TV 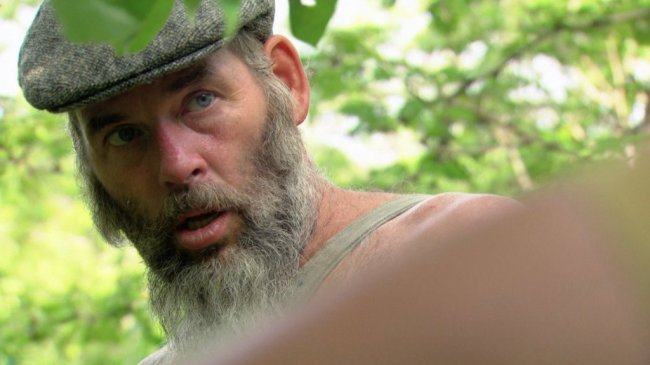 Midway through last night’s episode of Survivor, my wife turned to me and said, “I hate all of these people. Why am I still watching?” And I said, “That’s the glory of Survivor, isn’t it? There’s eight people left, and seven of those people are going to lose. I’m going to enjoy every ounce of schadenfreude it brings.”

That’s just part of why Survivor — now in its 30th season — is the most resilient reality-competition on the air. Not only is it the original contemporary reality competition series, but it also remains the best. While hundreds of others have come and gone, Survivor remains. It may not fetch the 25 million viewers per week that it once did, but it’s still among the highest rated shows on television. And while singing competitions like American Idol and The Voice are on their way down, Survivor remains consistent, even as other similarly-themed competition series like Utopia try to unseat it.

How does Survivor manage to be so consistently compelling?

Because it’s not about gimmicks (although there is some of that) or marketing (of which there is plenty) or even celebrities (although there are a few of those, too). It’s about simple human interaction under extreme circumstances, and nothing is more unpredictable than the behavior of humans who are sleep deprived, hungry, and alienated from their friends and families. There have been some great seasons of Survivor, and there have been some terrible ones, but every season contains a few surprises along the way. Every season features some fantastic blind sides. Or some heartbreaking tribal councils, or even an unexpected medical emergency.

I know it’s not cool to like Survivor, but I can’t stop. It’s not even about who wins each season anymore. In fact, I usually lose interest by the finale, because the winner is usually a foregone conclusion by then. The joy is in seeing terrible people lose. It’s in the heartbreak of seeing worthy people get sent home. It’s in seeing how people strategize or scramble to save themselves.

It’s such a simple concept, too: You start with 20 people and divide them into two or three tribes. Within those tribes, you want to keep the strongest around because they’re good at challenges, and therefore, will keep members of your tribe in the game longer. However, once the merge arrives, you want to get rid of the strongest players as soon as possible. Despite the fact that there have been 30 seasons, and a ton of precedent from which to learn, people find ways to make new mistakes each seasons. Because human nature doesn’t care about past seasons. Survivor “experts” are not usually the ones who win. The “best” players usually don’t win, either, because the better you are, the bigger a threat you become. Survivor rewards mediocrity.

The weakest get booted early. The strongest get booted late. So, it’s very often a scramble between those in the middle, and that’s where the politics of Survivor come into play. That’s how a guy like Dan or Rodney — who seem to be terrible human beings — have managed to survive this long. Because they weren’t initially seen as huge threats, and they managed to survive long enough to form a strong alliance, which will then cannibalize itself once the numbers dwindle. It will be beautiful to watch.

This season of Survivor has seen some of the worst people that have ever come into the game, and while you might think that would work to its disadvantage, it hasn’t. Because every week, there’s a new “lesser evil” to root for, and more importantly, a handful of others to root against. I cannot wait to see Dan, Rodney, Will and Mama C. get sent home, to see the disappointment on their faces when — after 30 days of hunger — their plans do not come together.

Last night’s episode also saw one of the better tribal councils in recent Survivor history, when Mike — the current lesser evil, mostly by virtue of being the underdog — threatened to give his immunity idol to his only other ally, Shirin. Mike had immunity already, which meant that the other six remaining players (who were in an alliance together) had to decide whether to call Mike’s bluff, or start feasting on each other early, knowing that if Mike did give his idol away, any one of them could go home.

Most of those in the alliance called Mike on his bluff, but a couple did not, foreshadowing the lines within the alliance where it will invariably break down. That, of course, gives Mike an opening next week, and those alliances will shift over the course of the last few weeks of the season. That’s when Survivor is the most fun to watch: You’ve got eight players left, and they all have to play dirty to survive, but not too dirty because the people they kick off will be voting on the ultimate winner of the $1 million prize. Meanwhile, we at home get to sit on our couches with our junk food and chant in a kind of quiet hum, “Oh my God, you are so dumb. You are so very dumb,” about practically every player remaining.

It’s the perfect setup for human drama, no matter how terrible those humans might be.