Get Ready For The Binge To End All Binges: The Live 25-Hour ‘Angie Tribeca’ Binge-A-Thon 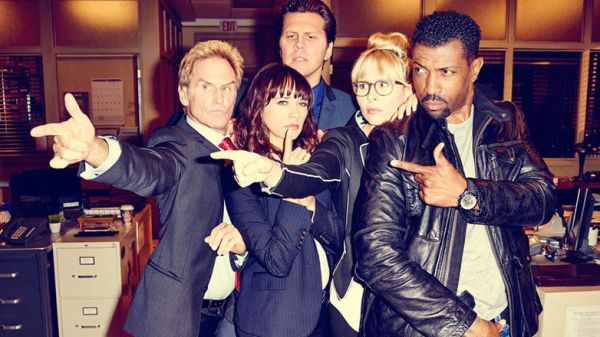 Reports of the death of live TV have been greatly exaggerated.

To celebrate the premiere of its new slapstick police-procedural Angie Tribeca, TBS is about to put a new twist on America’s favorite pop cultural obsession: TV binge-watching. How, you might ask? By enabling our collective sickness with 25 hours of commercial-free Angie Tribeca episodes — and a star-studded live gala event featuring tons of comedy shenanigans in between.

Official title? “Binge-A-Thon: 25 Hours of Commercial-Free Angie Tribeca Episodes.” And it should be awesome.

In other news, we’re going to be there to live tweet the juicy stuff that happens during the Binge-A-Thon. (‘Cause where there’s live TV, there are things that need tweeting.) Expect exclusive photos from Binge-A-Thon happenings, an interview with Rashida Jones or Steve Carell if we’re lucky, and observations from the eight-hour live event on a CBS soundstage in Los Angeles.

Keep an eye on our Twitter to stay on top of all things Angie.

As for the Binge-A-Thon itself, you’ll be able to watch all the episodes from the first season of Angie Tribeca in a row on TBS (a rather novel concept for a network not named Netflix), with comedy bits performed by the kind of people you actually want to see performing sketches live. Rashida Jones, Steve Carell, Conan O’Brien, Samantha Bee, Aubrey Plaza, Deon Cole and other cast members from the Angie Tribeca show, amongst others. Even Jagger the Dog.

You have a role too (if you want it). That is, you can call into the live show during the faux telethon to ask cast members questions or even serenade Rashida with songs usually fit only for your shower. It’s your call.

The ‘Binge-A-Thon’ starts like right now… and takes place literally until tomorrow, starting at 9 p.m. ET/8c, ending around 5 a.m. PT/8c. Meaning… you’ll definitely want to stay up way too late to celebrate this holiday weekend.