Available Now: A Lingerie Line Inspired By Keri Russell’s Character On ‘The Americans’ 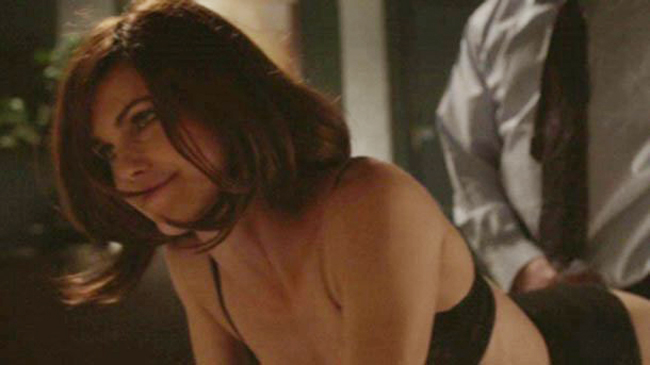 FX’s The Americans is a lot of things. It is an intense, thought-provoking television drama. It is a period piece that takes us back to the Cold War and shows us familiar events from a very different perspective. It is an ever-evolving look at the balance of work and family, under the most extreme circumstances. And now, as of this week, it is something else, as well: it is a vehicle to sell underpants. Sexy underpants. Sexy spy underpants.

Yes, the costume designer for The Americans, Jenny Gering, has teamed up with Cosabella to create a line of lingerie inspired by the show and “the mystery and seductiveness” of Keri Russell’s character, Elizabeth Jennings.” From InStyle:

“We [FX and I] were trying to figure out a partnership that would highlight just sort of the mystery and the whole espionage aspect perhaps of what we do on the show,” Gering tells InStyle exclusively. “Cosabella is such a good fit for the character because it’s so sort of streamlined and elegant but at the same time it’s sexy, but without being overtly girly… It seemed like the perfect fit and it just turned out so well.”

But … but … those don’t even have a secret holster for a tiny gun! And none of them appear to come with a matching wig to help you complete the transformation from suburban housewife to high-priced escort or foxy out-of-town business executive or whatever your new temporary identity is supposed to be! Why, you’ll blow your cover! And then you’ll be unarmed! You’ll never be able to acquire the documents!

I can’t in good conscience recommend purchasing these. They look nice and everything, but the mission comes first.