1. The Better Call Saul Insider podcast was taped several weeks ago, but in the meantime, the writer/director of the episode, Thomas Schnauz, got married. However, you can still buy them a present through their registry and check out all the details about their wedding on their wedding page. Alas, there was no Breaking Bad/Better Call Saul cast or crew members in the wedding party.

2. I absolutely love how the guy on the right was credited in the show and on IMDB.

3. Michael Mando, who plays Nacho — and who we hadn’t seen since Episode 4 — was on the BCS Insider podcast this week, and besides being an incredibly sweet guy, we learned more about the casting process. Namely, when they cast Nacho, they didn’t have a line written for him in the script, so the writer’s assistant just had to write fake scenes (or sides) based on how the writers had described the character. Mando obviously nailed his audition, where the side was about a guy trying to get a USB card. By the way, it was only Mando’s second time ever in Los Angeles.

4. Jonathan Banks — also on the podcast again — said that he’s only gotten one note from Vince Gilligan in the last three years. From the podcast:

“I’m in my [toll] booth, and Vince is way out there at video village,” Jonathan Banks said. “And I stick my head way out to see, ‘Well, is that okay?’ Up he comes out from under his Arabian gear, and he takes his sunglasses off, and he yells across the lot, ‘LESS STINKEYE.'”

5. The line about “Pimento being the caviar of the South” actually comes straight out of Wikipedia. As a Southerner, I can attest to this. And like caviar, it’s also disgusting. If you’re not familiar with Pimento cheese, here are the ingredients: sharp cheddar cheese or processed cheese (such as Velveeta or American cheese), mayonnaise, pimentos, salt and pepper, blended to either a smooth or chunky paste.

Alas, despite having a Pimento sandwich, Banks was never allowed to eat it. HOWEVER, he did share a Pimento cheese sandwich with Jesse Pinkman back on Breaking Bad (via Reddit user BetterCallStaal).

6. The inspiration for Mike Ehrmantraut punching that guy in the throat actually came from Banks, who frequently (and in jest, obviously) threatens to punch people on the set in the throat, or in the heart. Knowing that about Banks, they couldn’t resist. The character he punched, by the way, was named Sobchak, after Walter Sobchak in The Big Lebowski. 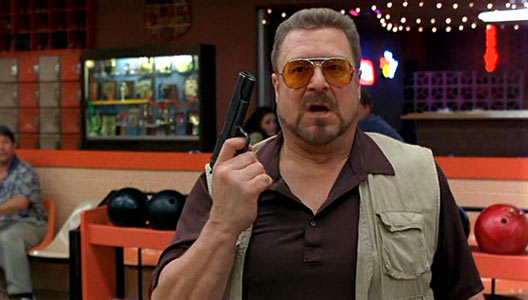 Steve Ogg, the actor, is also the voice of Trevor Phillips in Grand Theft Auto.

7. Mark Proksch, who played the guy selling the drugs, is better known to some as Kenny “K-Strass” Strasser, the Yo-Yo Master, a minor YouTube sensation a few years ago. He’s hilarious, and this video is amazing. As Gilligan notes, “I laughed so hard, I choked.” The newscasters on this morning shows, by the way, have NO idea that he’s terrible at the Yo-Yo, and they are live shows, so the newscasters are just stuck with it. He did this many times.

Proksch, by the way, originally auditioned for Mr. Kettleman, and nearly landed the role.

8. Originally, there was a flashback teaser in the beginning of the show, and it featured Stephen Snedden, who Gilligan knew and loved from the X-Files spin-off, The Lone Gunman. They’d been looking for ways to use Snedden since Breaking Bad. The teaser — about Jimmy McGill’s past — was cut for time. They wouldn’t say anything about the teaser, except that they wept about cutting it. The teaser may eventually show up on the show next season.

9. Thomas Schnauz and Gilligan spoke on the podcast about the fact that the confrontation between Jimmy and Chuck at the end of the episode could have very well been the season finale, and that the show often drops season-finale-type episodes earlier than the end of the season. They also suggest that next week’s “fun” episode will take Jimmy in “new directions,” which suggests that the finale is less about closure to this season and more about setting up next season. Don’t expect to see “Saul” anytime soon.

10. According to the New York Times, in a Q&A with Vince Gilligan and Peter Gould after the episode screened for Emmy voters in Los Angeles, they noted that the relationship between Jimmy and Chuck was inspired by the relationship between the artist R. Crumb and his brother, Charles, as shown in the documentary Crumb. Charles Crumb was a mentally-ill shut-in for part of his life.