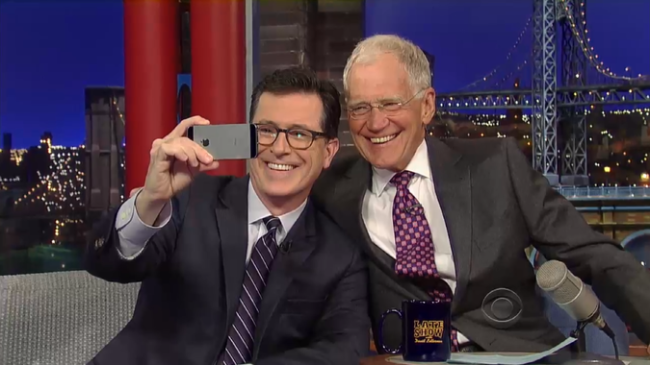 Departing Late Show host and television icon David Letterman is the subject of a new wide-ranging interview in the New York Times. The interview touches on everything from his feelings about the competition with Jay Leno to his sex scandal to his famously cranky persona, but the bit that’s burning up the #newz right now is his revelation that CBS didn’t consult with him before selecting Stephen Colbert as his replacement.

Did you have any involvement in choosing Stephen Colbert as your successor?

No. Not my show. When we sign off, we’re out of business with CBS. I always thought Jon Stewart would have been a good choice. And then Stephen. And then I thought, well, maybe this will be a good opportunity to put a black person on, and it would be a good opportunity to put a woman on. Because there are certainly a lot of very funny women that have television shows everywhere. So that would have made sense to me as well.

But you were not consulted?

Letterman goes on to say that, yes, it bothered him a bit at the time, but not so much anymore. It sounds more like surprise than sour grapes when you read it in context, even if it might not be the most diplomatic thing to say on your way out. But then again, it is nice that he — the elder statesman of late-night comedy at this point — went out of his way to kind of bring up the fact that four of the five big network seats opened up in the last six years all of them were promptly filled with different, younger white dudes. The whole interview is a good read, especially considering how rarely Letterman does this kind of thing. Check it out.