An Important Discussion About The ‘Too Much Good TV’ Problem 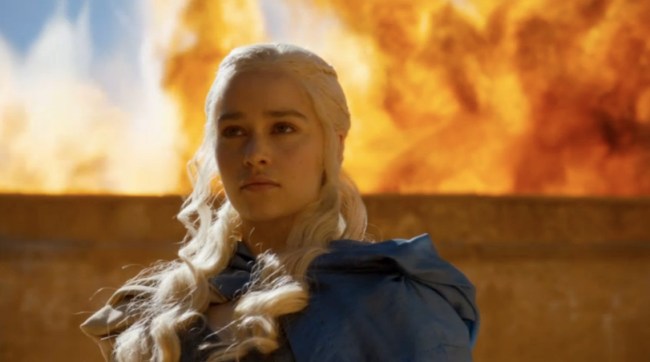 One of the hot topics of conversation as we enter the Fall TV Season is whether we’ve reached what some are calling “Peak TV,” and how exactly we should handle a situation where there are more good shows to watch across more outlets and platforms than ever before. Specifically, the question has become, “Is there too much TV?” How can networks compete for eyeballs in such a saturated market, and more importantly, for schlubs like you and me, how can we keep up with it all with the two lonely eyeballs we have to consume it?

The whole thing is a little confusing, and there are a bunch of moving parts to it, but luckily I — a professional pop-culture writer! — am here to help guide you through it. I’m sure you have questions. Please, fire away.

Is there too much TV right now?

A few weeks ago John Landgraf, head honcho at FX, estimated that between cable, broadcast, and streaming, there will be 400 original series produced this year, up from 280 just five years ago. If you assume half of those 400 are hour-long dramas and half are half-hour comedies, and give each a 13-episode season, that works out to somewhere around 3900 hours of television this year. That’s 162 days of original content. If it’s not “too much” TV, it is certainly “a lot” of TV.

Yeah, but aren’t a huge chunk of those shows, like, Keeping Up With the Whoseewhats, and children’s shows like Dr. Parakeet Something, and 28 Heathen Children or whatever TLC is running now? I mean, can’t you just dump a few hundred of those shows right into a bin labeled “Not for me” and move on?

And of the shows you do want to watch, how many are you really, truthfully missing?

Well, I’m behind on Orange Is the New Black, and Orphan Black, and The Americans, and Rectify, and Rick & Morty, and Bob’s Burgers, and Transparent, and —

Wait a second. Aren’t you the same guy who has been writing GIF-heavy, 1000-word recaps of shows like Zoo and CSI: Cyber, and who repeatedly says sentences like “I have lots of opinions about Suits“?

So couldn’t you conceivably find time for some of these shows if you cut into your gleeful hate-watching and cut bait with shows that have been struggling the last season or two?

And isn’t this really just a thing people in the industry — producers, network executives, critics, etc. — are complaining about?

But that’s me! It’s my job to write about TV! How can I be expected to do it effectively when there are dozens of “prestige” shows across an ever-growing number of obscure networks that are all “must-watch”? Especially with the fall season starting soon and another couple dozen new shows starting?

That’s a fair point, but, like, some people clean toilets, you know?

People all over the country clean toilets and do other forms of backbreaking work, often for minimum wage. You think maybe “But there are so many shooowwws” might fall a little low on the list of workplace complaints? Like, not that it’s NOT a thing, because it is, sort of, but a little perspective might be nice, right?

And isn’t it actually a good thing, on the whole, because the proliferation of outlets seeking quality content — even if we are in a content bubble that will pop as soon as these tiny deep cable networks realize that their attempt to become the new AMC by dumping 40 percent of their entire operating budget into an ambitious time-travel crime drama about a clinically depressed London chauffeur being recruited into a secret society that has been manipulating the international financial markets for hundreds of years, or whatever, might not be financially viable — means there’s actually more quality content being made, or at least sought?

Think about it this way: Have you ever been to a diner with one of those 12-page glossy menus that covers everything from Eggs Benedict to a Monte Cristo sandwich to broiled flounder to a list of 15-20 fresh baked desserts? You can deal with this TV smorgasbord the same way. Toss aside the things that don’t interest you (say, for example, seafood and sci-fi), take into account recommendations of people you trust (the waiter telling you he eats the chicken salad every day for lunch, smart critics pumping up shows like You’re the Worst and Mr. Robot), and make your choices. Soup of the Day (Fargo), the fried chicken platter (Game of Thrones), and a slice of chocolate mousse pie (BoJack Horseman). Enjoy.

BUT THE PATTY MELT LOOKED GOOD, TOO!

You can always eat it when it comes to Netflix.

(This analogy is falling apart.)

BUT EVERYONE IS TALKING ABOUT THESE SHOWS NOW AND I’M MISSING OUT AND THERE ARE SPOILERS EVERYWHERE.

You don’t have to know everything. Or be involved in everything. And the risk of spoilers is kinda the price you pay for not watching live, either because you chose — of your own free will — to pass on the show or because you intended to utilize the magic of time-shifting via DVR or streaming later. You will live. I promise.

So let me see if I got you here. You’re saying:

I thought I was supposed to be the one answering questions here.

Funny how that worked out.