Can Joseph Gordon-Levitt Change Hollywood For The Better? 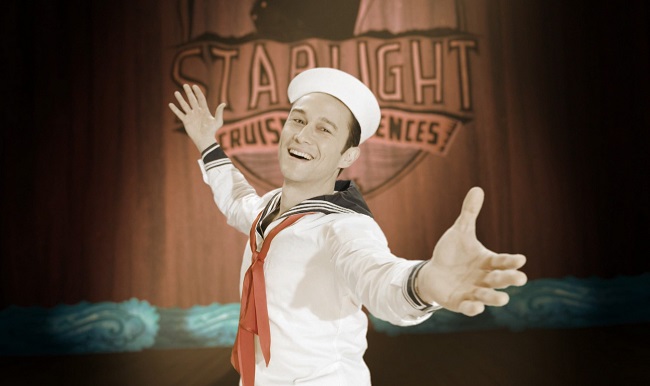 Joseph Gordon-Levitt is well-known for his talents as a performer (and as a child Celebrity Jeopardy contestant), but any creative person knows that a storyteller’s story rarely stops at just one means of storytelling. That said, Gordon-Levitt is the mind behind hitRECord, an online community of people who aren’t trying to become the next internet sensation; they just want to make things together. It’s about art, stories, creativity and collaboration on a worldwide scale. HitRECord can now be seen on TV, on Pivot, and this Friday, June 12 at 10:00 PM will introduce the second season of Hit Record On TV with Joseph Gordon-Levitt.

UPROXX: I feel like I’ve seen things like hitRECord, but after watching it, I realize I’ve never seen anything like it. What was your thinking about making this not just a regular variety show but something truly unique and organic?

Joseph Gordon-Levitt: That’s just because of who’s making it and how it’s being made. I’ve worked in TV and movies my whole life, and I think I can say with some authority, no one is doing it like this, where you open the process up to hundreds of thousands of people from all over the world and try to include as wide a variety of perspectives as you can. That’s really not the modus operandi you usually see in Hollywood. You sort of find a formula, say, what shows have made money, let’s do a show like that except make it a little bit different. That’s kind of the opposite of what we did.

Instead of finding a formula and following it, we were just, you know … It formed more organically than that. hitRECord, before it was a television show, was something that I’ve been doing for nearly 10 years now. I started with my brother, and it grew very slowly and gradually and a community has built up more and more. It started, before it was like this open collaborative production company, it was just this little thing I would say to myself to push the button, to hit the red record button. Sort of meaningful as a symbol to just be creative and it was a little site where I put little videos and stories and songs and stuff I was making.

We realized it’s more fun, rather than just saying, “Hey everybody on the internet, look at what I did!” It’s more fun to say, “Hey what can we all make together?” That’s what we’ve been doing for years. At first we were doing it on a very, very small scale, and gradually it grew. So recently we said, “You know, we’re making enough good stuff. We could probably fill up a whole show with these things.” That was the idea. Let’s make a TV show.

You said there’s hundreds of thousands of people submitting. How in the world do you narrow that down?

Part of it is that the community itself is looking through stuff. People aren’t just submitting and then walking away. People are enjoying being on there. It’s a little bit like Facebook, except that rather than going through your friend’s baby pictures, it’s going through different artists’ contributions to the collaborations that are going on, and saying, “Oh yeah, I’ll hit the heart on this one,” or “I’ll write a comment on this one, or maybe I’ll even take this one and do something with it.” “This one inspires me to change it a little bit or add on to it.” By that happening over and over and over again with lots of different people, you can kind of … The cream sort of rises to the top, and you can see what the community is kind of making as a whole.

I’m there kind of steering the ship and sort of giving direction based on my experience of working in TV and movies my whole life, and sort of whatever it is I know about entertaining an audience.

That’s it. I mean, so much of what goes on the internet is sort of about, “Hey, look at me, look at me! I posted my video on YouTube!” or “I posted my photo on Instagram!” That’s all fine, I don’t have anything against it, but this is something different. Rather than, “Hey, look at me!” it’s, “What can we all do together if we work together?” 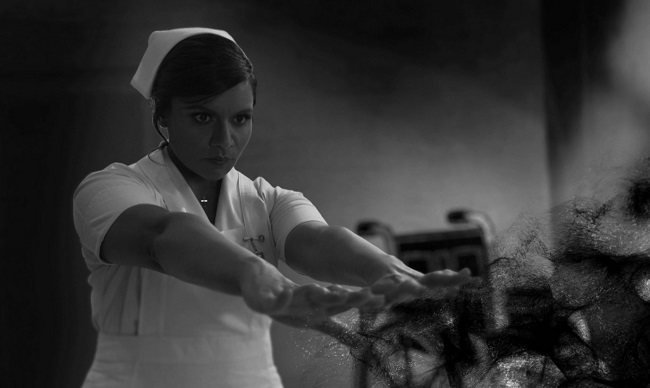 This is obviously a very community-based undertaking. Do you ever hesitate to employ your more A-list friends?

No, I love the blending. Most of the people whose work is featured on the show are people who don’t have established professional careers in the entertainment industry. They might still be very talented or skilled or have their own unique perspective, but they don’t do it for a living.

On the other hand you’ve got Annie Hathaway, my friend, (who) came and guest-starred in one of the short films. Mindy Kaling wrote and starred in one of the other short films. I feel like having that blend is cool because it breaks down those barriers. A lot of what happens in normal television culture or normal Hollywood culture is this notion that these are the celebrities and they are important, and they are entertaining, and everyone else should just watch them. There’s this kind of bubble put around people. People are kind of put on a pedestal.

Personally, I don’t subscribe to that. By mixing it up and saying, “Actually, we can have Mindy Kaling do the writing and have someone who you never heard of doing the animation,” and that’s great. It just goes to show that hierarchy doesn’t necessarily have to be there.

It’s a really good way to weed out the real actors and artists, by seeing who’d be willing to work with people they’ve never heard of before.

That’s a nice way to put it. I hadn’t thought of that, but you’re right. The friends of mine like Mindy or Anne, or Seth Rogen and Evan Goldberg, (who) did a short film, Ben Schwartz did a short film. They’re just friends of mine who take an interest. They’re like, “Oh, I think I saw on your Twitter or something, what is it that thing that you do?” Some people I explain it to and they’re like, “That’s really great!” Some friends, I explain it to them and they’re like, “Oh wow, that’s really interesting! Tell me more about it.” Those are the friends who I end up luring onto the show.

That’s super, super fun. Back to the community. I watched “Veil of Night” (from the season premiere episode “Re: The Dark”) That was a collaboration of artists in different cities, wasn’t it?

It started as a collaboration of artists in different cities. The music was contributed at first, and then the music was kind of re-imagined. This is how it works. Someone contributes an initial idea. They don’t hold on to it and say, “This is mine, don’t touch it.” The ideas… it’s up for grabs. It’s an honor, not a theft, for someone to come in and say, “I like what you did — here’s my version of it.” That happened in the process to write the song.

Then the performance of the song was different. We wanted to kind of have this gathering out in the woods, and so we put out a request and said (that) if you can be in L.A., we’re going to have this “dark ritual” the night after Halloween and we’re looking for singers and musicians and dancers and cinematographers and costumers and makeup artists. So, contribute to this collaboration and let’s see what you can do.

All these different singers and dancers and camera people contributed, and we picked ones who felt like they could do the job. There was like a hundred people from the community. We all went out, it was like an hour outside of L.A., this woodsy area, and we had a bonfire, and we brought a whole bunch of instruments, a piano, dancers, and everyone put on dark costumes and scary makeup, and we just celebrated catharsis. It was really really fun. I don’t know any other musical performance on any other TV variety show that looks quite like that.

Oh, you know, I would love it to. I definitely think that a lot of our segments, because it’s a variety show, they could be picked up and turned into either whole TV shows of their own, or maybe even one day a feature film. When I think of hitRECord, I do tend to think in the long term. I don’t think of it as just some company that I want to build up and sell or something. To me, it’s like, this is the umbrella for my work that I do throughout my life. I think in the future, it will take us some time, we’re not there yet, but in the future, come back in another five years or something.

Five years ago, when we launched it as a professional production company, our big, pie-in-the-sky goal was to try to get a show on television. It took us about five years before we could do it, but now we’ve done it. Those larger goals of having a feature film or having multiple TV shows or going even farther with it, those I think are all… They’re all possibilities. It’s a matter of time.

It just felt like this could really lend itself to something like a live-stream or something really that so many people can not only collaborate on but participate in. It could really get gigantic.

I hope so too, I think so too, and the more the technology advances, like you mentioned live-streaming. Right now, live-streaming is just barely in its infancy, or it’s kind of just sort of starting to work. As the internet becomes a more robust thing, and bandwidth becomes something that’s more and more available, live-streaming will become easier and easier. Sure, we’ve done various live events where it would be really cool to incorporate live-streaming. The tech isn’t quite there yet. I think soon it will be.

Parts of the show have become very personal, and artists generally use their art as a way of controlling the way they feel and react to things that are beyond their control. Do you see your show as a group therapy of some kind for the people that collaborate and contribute?

I think in a way, you’re absolutely right. I might not use the words “group therapy” but for sure.

I think creativity is… I know for me personally, it’s definitely a way that I’m able to confront my demons or my anxieties, and try to work them through, try to give them faces. Try to give them names. Try to turn them into stories and give those stories positive endings. I absolutely think that’s an important part of art and storytelling.

I think what’s worth noting is that a lot of pop culture has sort of lost sight of that. A lot of what you see on TV isn’t that. It isn’t artists sincerely wrestling with their questions or their concerns or their anxieties about life in the world. It’s more just… like I said earlier, it’s just putting on a show that follows a formula to try to make money. I don’t think it has to be that way.

I think as we move forward and the industry sort of changes, as technology changes the industry, we will get back to more emphasis on self expression and self exploration, and less emphasis on just sort of commercial spectacle.

I think that’s a perfect place to end.

The second season of Hit Record On TV with Joseph Gordon-Levitt premieres this Friday, June 12 at 10:00 PM on Pivot.