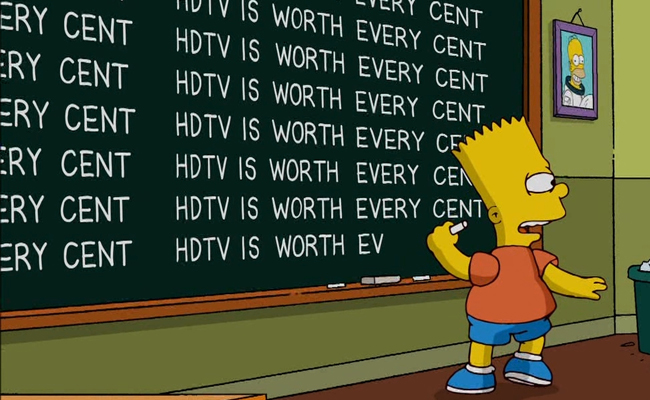 Back in August, when FXX ran its EVERY. SIMPSONS. EVER. marathon, there was a lot to enjoy. However, something changed that made fans grow concerned for the series’ eventual release via the Simpsons World App that would allow for on-demand viewing of any episode at any time.

When FXX premiered the first episode of the marathon, “The Simpsons Christmas Special,” many were quick to notice the conversion to HD had forced the network to crop the episodes from their original 4:3 ratio to the new 16:9 standard. What this meant was, some of the original framing, and at times genius non-verbal gags, ended up being lost.

Following the conclusion of the record setting run, many were concerned the original 4:3 episodes had been lost forever to the digital age of modification – despite the fact FXX confirmed that wouldn’t be the case. But now, with months past, showrunner Al Jean has stepped in to finally put everyone at ease via twitter:

And just like that, fans can rest easy and the show’s integrity is maintained in the Simpsons World app now. In addition, the app is now the only place where the earlier episodes can be watched uncut. The episodes on FXX are now trimmed to fit the now normal 22-minute running time of standard sitcoms.