What Is The Deal With Diana On ‘Mad Men’? Is She Even Real?

There was a lot going on in last night’s Mad Men episode, “New Business,” but so much of what pertained to Don Draper felt off, especially his relationship with Diana. Elizabeth Reaser is quietly fantastic, but she felt less like a character, and more like a device to enable Matthew Weiner to emphasize Don’s status. The sixth season and the first few episodes of the seventh may have seen Don bottom-out professionally — he was suspended from his job and had to work his way back up to creative director and multi-millionaire — but now he’s bottomed-out emotionally.

“The best things in life are free,” Bert Cooper sang in the midseason finale, and it’s not the material possessions that Don lacks. It’s all of those “free” things. It’s love. It’s companionship. It’s family. His first ex-wife, Betty, has found a good place in her life. She’s content; she’s going back to school to be a psychologist. Her marriage is happy. She and Henry seem to have another one of those lives not lived. Don could’ve gone to Los Angeles with Rachel Menken. Or he could’ve stayed with Betty, and he could’ve spent every night making chocolate milkshakes for his sons. Or he could’ve stuck it out with Megan instead of “ruining her life” (how Don ruined her life is up for debate. Wasn’t she a secretary when Don met her? And now she’s a millionaire. That hardly seems like ruination). We also caught another glimpse of Sylvia Rosen (Linda Cardellini), and Don surely must have asked what kind of life would he have had with her.

Then there’s Diana. In a lot of ways, she seems like another mirror of Don Draper. Seeing her work as a waitress recalls Don’s past, and we think: She’s the kind of woman Dick Whitman might have ended up with. Like Dick, she escaped her broken past, too. Like Don, she’s divorced. Like Don lost his brother so tragically, Diana lost a daughter. She’s like a composite of all of Don’s past loves. In a way, Diana is like a “pain in an old wound” for Don. But like Sylvia, she ditches him. The guilt of feeling something for him is too much for her to bear in light of one dead daughter, and abandoned daughter.

Out $1 million. Out Megan. Out Diana. Out Betty and a normal suburban life with his children. And out all of his furniture, Don hits an emotional rock bottom. He has all the money and professional success he could ever want, and yet, he has nothing.

The good news for fans of Don Draper, however, is that he can’t go any lower. The final five episodes presumably will see Don climbing back up, and hopefully by the end of the series, his personal life matches his professional one.

But look: I know this is way out in left field, like some crazy Shyamalan twist, but there was some weird things going on in this episode, so as the resident crackpot theorists, I have to ask:

Is Diana even real?

Before you roll your eyes, consider a few things:

1. Don frequently has visions, and they’re not just of people after they have died (see Rachel Menken, Anna Draper, Bert Cooper, his brother). Recall that, during a fever dream, he once MURDERED A WOMAN. Don has a very healthy fantasy life.

2. Yes, Roger was with him when Don first met Diana, but recall what Roger called Diana: He called her “Mildred Pierce.” For those of you who are not familiar, Mildred Pierce is a character played by Joan Crawford. She left her first husband. She worked as a waitress to provide for the material wants of her eldest daughter. Her youngest daughter died of pneumonia. There’s certainly a few echoes of that in Diana, right?

So, is it possible that Diana is kind of a fantasy creation of Don’s to help him cope with his divorce from Megan? He saw a woman in a diner who looked like several of his former lovers (including one that just died), who Roger called Mildred Pierce, and he just kind of created this story of her to help him through the transition.

After all, who else besides Roger saw Diana? Only Sylvia and Arnold Rosen in an elevator. Who’s to say they are not also figments of Don’s imagination in that moment?

3. Consider these other anomalies:

A. Who quits their job to go back home to get a divorce? And returns to a better job? And gives up their apartment while they’re away?

B. Why would Diana’s old boss know when Diana came back and where she started working? Why would he tell Don?

C. How long could Diana have been gone, anyway? Last week’s episode was in April 1970. This week, Meredith is worrying about the Manson Family out in Los Angeles. Manson had already been arrested by this time. He was in trial.

D. How does Diana not know anyone in New York? She’d already worked there as a waitress in the diner.

E. If Diana is supposed to call Don when she gets off work, why is Don already asleep?

F. Don is awoken by Diana’s phone call — as if by a dream — Don and Diana have a very strange conversation that ends with Don saying, “Where are you?” “I’m a work …” “Fine,” Don says. “I’ll come over.”

But in the very next scene, Diana comes to his apartment, where Don is wearing a suit. At 3 a.m. And there’s no pretext. It’s just, “You know why you came over.” That’s gotta be too good to be true, especially for a woman who — up to now — didn’t want anything to do with Don.

G. When Don sees Diana at the end of last week’s episode, she tells him, “Think very carefully about when you had that dream, because when people die, everything gets mixed up … maybe you dreamt about her all the time. Maybe you just wanted to make sense out of it.”

Is that what Diana is doing for Don here? Helping him to make sense of his divorce from Megan? Was he was dreaming of her the whole time.

H. Speaking of mixed up, why did Diana say to Don, “I’m not saying this to lead you on, but the next time you come in here, bring a date.” Isn’t that the opposite of leading on?

I. She goes by the name Di.

J. The frequency of the color red in this episode freaked me out. 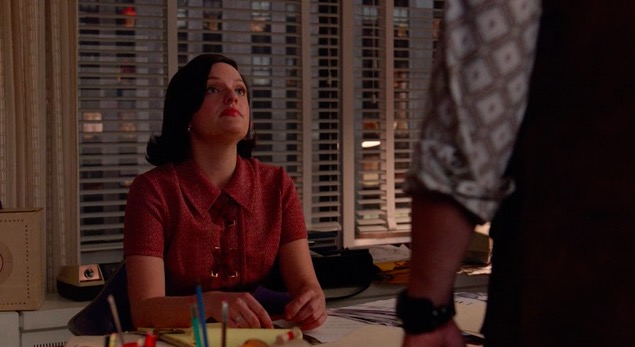 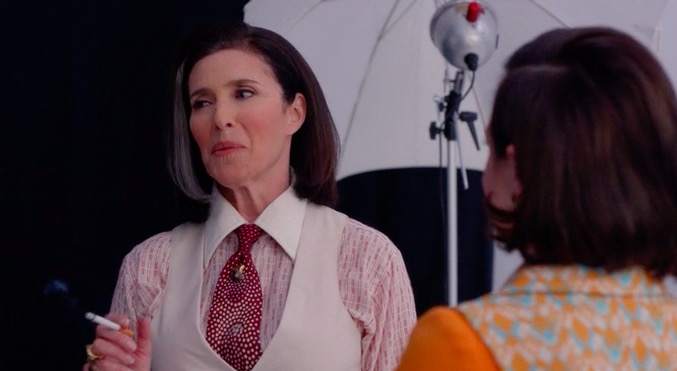 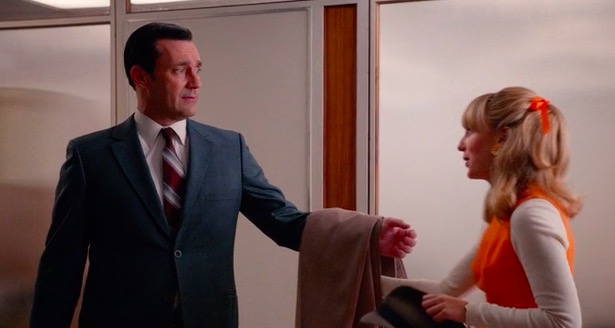 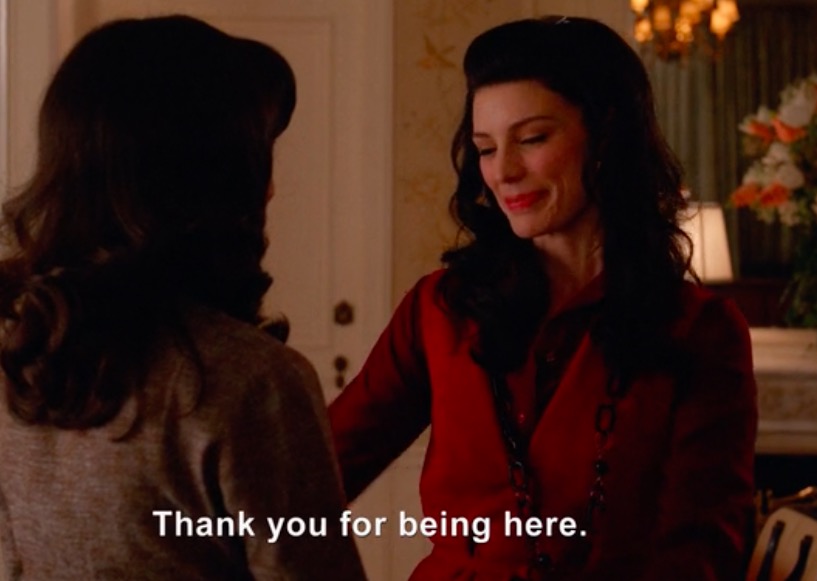 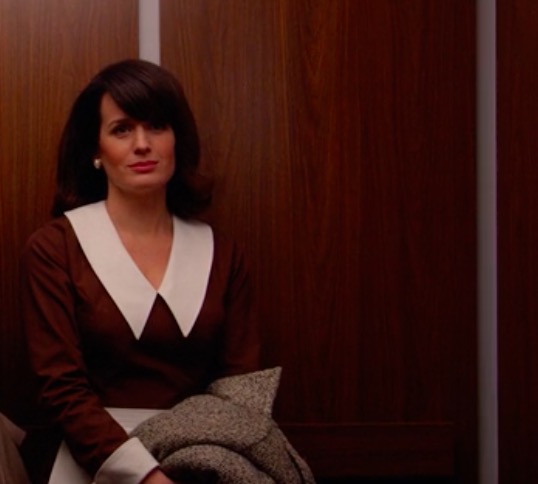 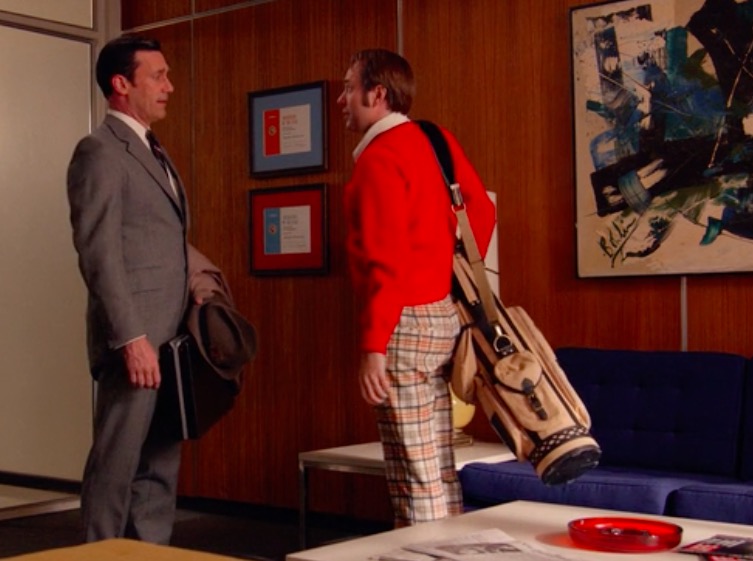 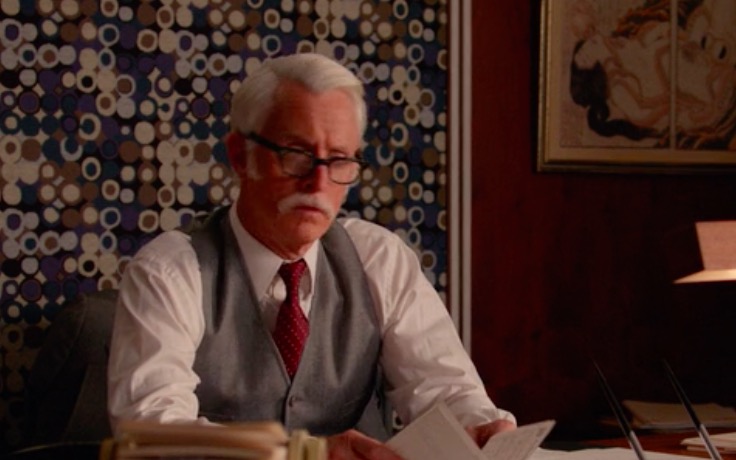 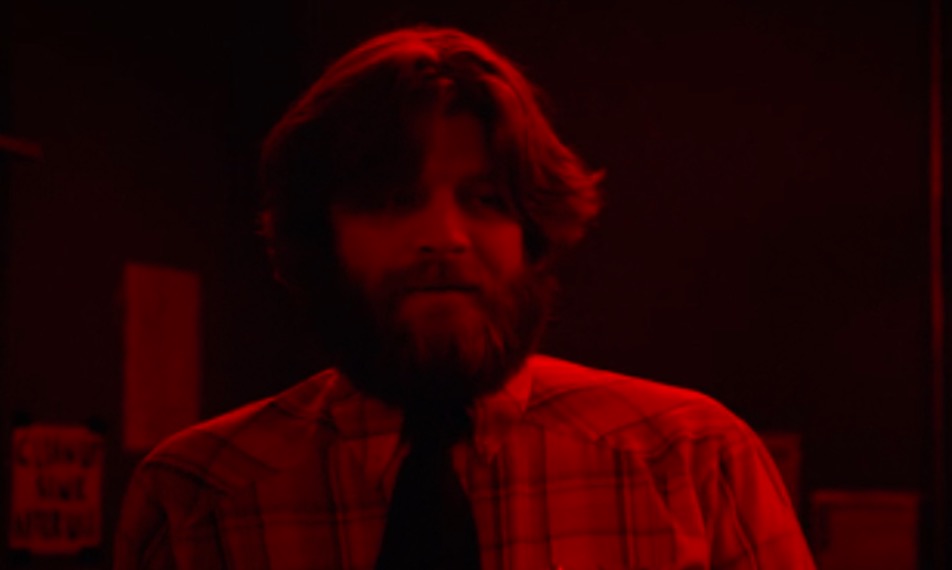 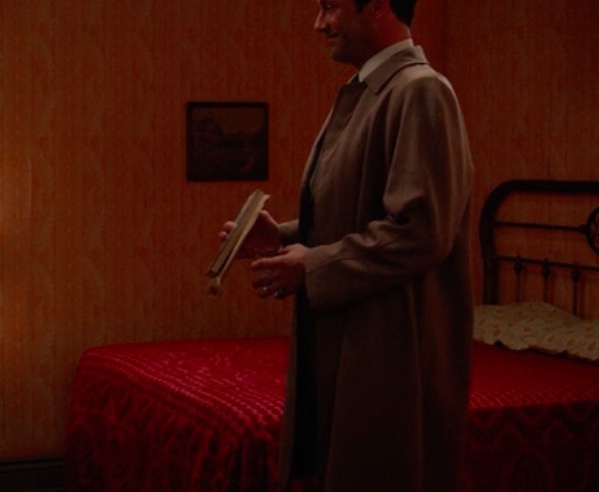 Is Diana a dream? No, she’s not. She’s a woman that Don can’t save, because she has to save herself, just as Don has to save himself. He’s got to find himself and come to terms with who he is and what he wants before he can ever make another relationship work. Don needs to acknowledge that the “twinge” is a longing for his past, and he needs to embrace it.

But, is Matthew Weiner trolling us? ABSOLUTELY.

— Harry Crane is a total slimeball. This is not news to us, but it’s fun to see just how low he can go.

— I have no idea what to make of the Pima Ryan subplot with Peggy and Stan, except that it was nice to see Tom Cruise’s ex-wife, Mimi Rogers, again.

— The $1 million that Megan got from Don is around $6 million in the present. Megan is going to be just fine.

— “You know it’s a sin to be a ghoul, and feed on everyone’s pain?” Megan to her sister.

— Roger had two of the best lines of the night: “How about giving me a pat on the back for at least remembering I HAD a meeting,” and then, after being caught sleeping with Megan’s mom, “I’m late for a meeting.”

— We haven’t gotten nearly enough Pete Campbell so far, but I absolutely love how perturbed he was when he realized that Don really could get away with rolling up his sleeves and throwing his tie over his shoulder out on the golf course.

— Another Bert Peterson shout out!